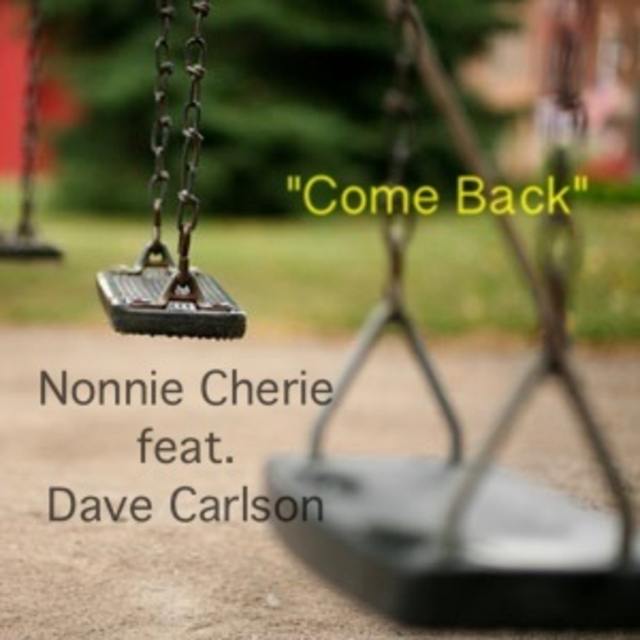 In the studio working on the new single "Come Back" (unplugged)

You can buy the full version on iTunes Today!

Nonnie Cherie is a singer/songwriter and melody maker.

Nonnie Cherie writing style allows her to tell a story with heartfelt lyrics that her fans can relate to.

Melody writing for her is essential it allows the lyrics to have a voice, great melodies fans can sing to.


Nonnie Cherie is a mid-western native, She is a Singer/Songwriter/Melody Maker "A TOPLINER" !!

Nonnie Cherie has been a singer and performer since age 7.

"Shere Thu Thuy Hello Nonnie, Thank you so much for sharing your wonderful talent with us. I had a blast! You are a true Artist and A Professional. Let's keep in touch. Much Love Shere Thu Thuy."

Nonnie Cherie sings with Style, Versatility, and Wide Vocal Range.
Her genre of music ranges from Pop, R &B, Soul, Jazz, Folk and Everything in between.

Nonnie Cherie has the ability to take in all that's around her and express emotions through music, vocals and lyrics.

Her Music speaks to your heart and leaves you wondering what will she do next.

She has Great Stage Presence; She's Energetic, Group Player, and A+ Performer. Nonnie Cherie Loves to Sing and Dance her way to the top!

She has also performed at The Keenan Ivory Wayans Show, City of Los Angeles Fair, Church, Performing Arts Centers, as well in for demo packages, and as a background session singer.

My father and mother both sang, my mother was a mezzo-soprano, she sang lead in church choir.

As a child, I went to school and grew up overseas in Athens, Greece. I learned and lived their culture.

Growing up living in the mid-west I found myself often times listening to all types of music genre Pop, R&B, Disco, Rock, Jazz, Gospel, and Classical.

By the age 11, I loved to sing, dance, and entertain. I joined a dance company and learned modern dance and Ballet in the US.


As a young kid, I started to develop my singing ability always listened to Top 40 songs on the radio.

As a teenager I pursued my dreams by joining the School Choir studying daily.

At such a young age music spoke to me when nothing else could.

"It is my lifeline"

I signed a management deal with 2 key associates flew to New York to sing at the Historical Apollo Theatre in Harlem, New York.

Believing in my talent; I returned to California to study voice with Tingle Studios (Teaching Assoc. of Nathan Lam) in Santa Monica, California.

I studied Vocal Technique; It was there I re-discovered my deep passion for music again, my talent and vocal range.

My vocal trainer helped to shape my sound and develop my range.

I'm online!!! FB, ville, Reverbnation and more! I'd love to hear from you...stop by my page sometime!!

I am lover of all kinds of music!

My musical influences are:

Songwriter Influences: Songwriters from the 70's, 80's & Journey and Diane Warren plus many, many more.