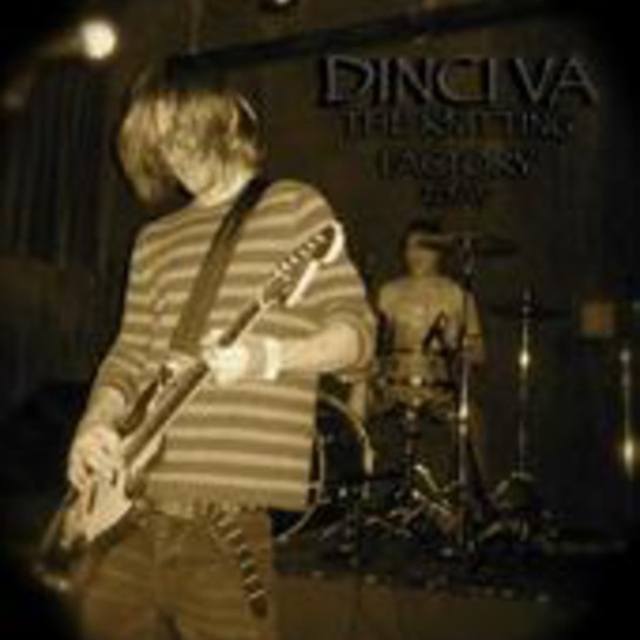 DINCI VA BIO
“I’m the writer that never learned to read, a birth control baby that fought to be conceived, an accident to say the least.” DINCI VA, A Wooden Axe. What’s not an accident is the explosive, original songs and style of DINCI VA. Up and coming alternative-indie rock band DINCI VA was created by singer/songwriter and multi instrumentalist/producer Kyle Gerardi in 2004. Kyle is a self taught guitarist of over 12 years and has written and recorded over 200 songs ranging in style in the last three years. His intense guitar sound and lyrics have gained him a devoted fan base all over the US. DINCI VA is just now releasing their fourth CD of 18 songs, which they recorded themselves at bassist Zak Hudson’s studio, with 2 of the songs being recorded at capital studios in Los Angeles and 5 of the songs being recorded at Kyle’s house on his 8 track. Kyle Gerardi produced and mixed all the songs except the two from capital studios, which he just produced. Kyle Gerardi Nadeau wrote and recorded the rhythm and lead guitar, vocals, keys, and bass on some songs to. DINCI VA has recorded an immense amount of material, though this is the first set of songs to come out as a cd. There is a vulnerable rage expressed in some of the songs, while others are desperate and haunting, expressing sincerity and passion that make his sound that much more distinct. Kyle Gerardi first formed DINCI VA with drummer Cody Witt in 2003, who plays on most of the songs. Other drummers on the demo include Zak Hudson, who also contributed bass and some keys, and Alex Estrada. They didn’t get serious until 2005, when they started playing live shows. Finishing the line up with Bassist Zak Hudson and lead guitarist Dash Kirby, DINCI VA blazed through Los Angeles leaving a permanent path wherever they played. . Kyle Gerardi has self booked over 200 shows in los Angeles, Washington, and Oregon in the past 2 years, and 100 more the in 06’. DINCI VA was featured in the August off the Grid Music Festival in Eugene Oregon, where Kyle Gerardi was the only artist to be asked to play 3 times at the 2 day festival and was chosen as the featured artist of the festival to be written about for the papers. DINCI VA was featured on the internet radio show; Radio Free Silver Lake, as well as having a song played frequently on Ucla College Radio. Their melodic, blues rooted indie thrash sound can currently be seen playing shows around the mid-west. DINCI VA’S sound is a mix of poetic lyrics, hard hitting drums, violent yet graceful guitar, and a desperate vocal style of its creator Kyle Gerardi. While he possesses a genuine grime scream, it is combined with an emotionally charged melodic voice that makes DINCI VA that much more unique. Their unique style makes them one of the few bands emerging from a sea of generic stock rock. With major influences ranging from bands such as Robert Johnson, Modest Mouse, Radiohead, and Nirvana, the sound that comes out is truly original while being prolific at the same time. DINCI VA plan to emerge from the watered down, plastic music scene at this moment in time with a sound of sincerity and passion, a sound of something new