Nothing Pure + Band in Warren, OH 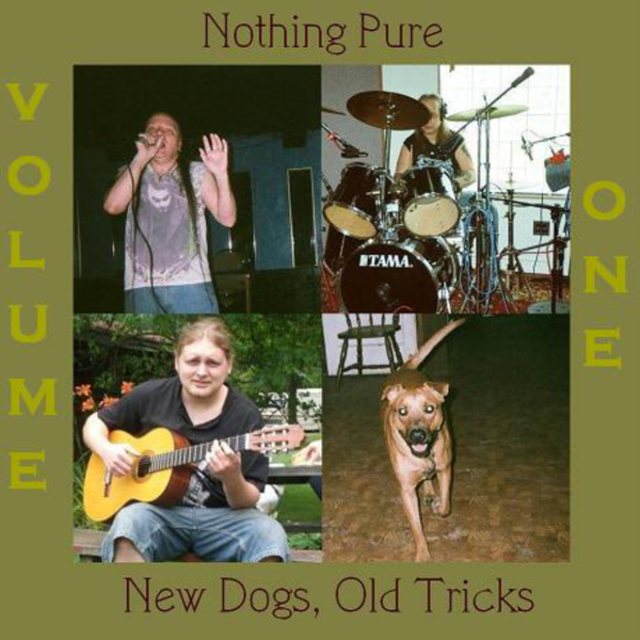 Nothingpure 4-28 17 have songs on ://n1m.co/nothingpure we have songs That have been number one on the Music charts for Singer song writer and for number one on the charts for Alt Rock we are now playing mainly Originals some covers when asked to by are fans or a member of the Band we are looking for a Lead & Rhy guitar player and a bass player to play out and to record new songs we are a singer song writer team Barry Tenney and Drummer Larry Carr some of are cd's are newest Cd out soon Nothingpure Singapore Angle and Cd Nothingpure 3050 + album, "New Dogs, Old Tricks - Volume One", released November 2012, which can also be heard on Reverbnation, and , and is available on cdbaby/cd/nothingpure4 and on nothingpure1 and on nothingpure3

Screen name:
Nothing Pure
Member since:
Sep 16 2011
Active within 2 weeks
Level of commitment:
Committed
Years together:
30
Gigs played:
Over 100
Tend to practice:
1 time per week
Available to gig:
2-3 nights a week
Age:
66 years

Neal Young, The Doors, The Rolling Stones and many more Bands

Band Nothingpure is playing @ Halligan Bar 1281 Salt Springs Rd Youngstown Ohio on April the 12 th from 9;00 pm till 2;00 am we will be playing all are songs and songs by the Great Neal Young stop in and see the coolest bar + Ballroom ever are band will be the first band to play here since the Stars of the 30's 30's 50's and more like the Great Frank Sinatra and his friend Dean Martin and Patsy Cline and many many more and this is a hidden gem whit the coolest art work paintings in the bar and ballroom thanks to Jesstena + Dave for save'n this place Jesstena and Dave are all so Fire Fighters so please help the ones that help to save are lifes every day help save them and there new Bar and ballroom now and every day your friends Barry Tenney + Larry Carr+ Dane Lenhart from band Nothingpure

Nothingpure will not be playing on 1-10-14 @ Cedars West End Lounge on Steel Street in Youngstown ohio the show was Canceled but will be a new spring or summer show thanks soon as we have the new date we will post it thanks your friends Barry Tenney + Larry Carr + Dane Lenhart from band Nothing and we're looking foe a bass player too !