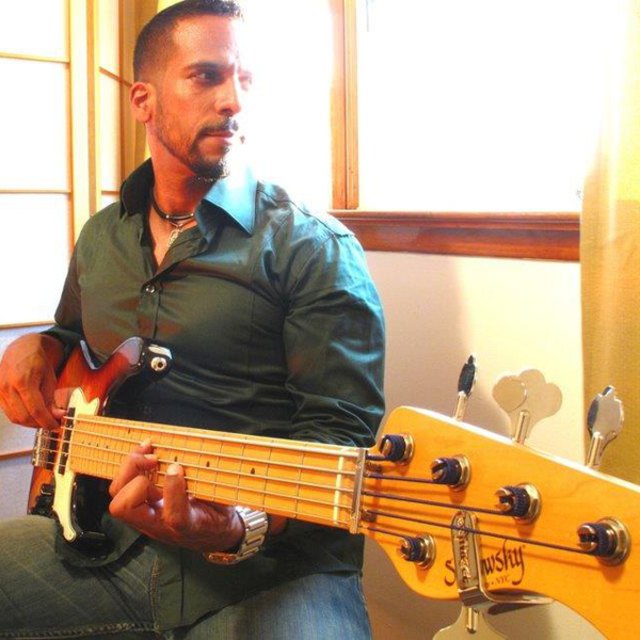 Ricardo maintains a busy schedule of rehearsals, recording sessions and live events and is not only professional but loyal to everyone he has the opportunity to perform and work with. Over the last several years Ricardo has been featured on over a dozen recordings from various up and coming singer-songwriters and loves to work with artist of all genre's.

Over the last 18 months Ricardo’s bass playing can be heard in the opening to The Wanda Sykes talk show on FOX, has been featured on a inspirational biography series “In Pursuit of Passion” by Tracey Rosensteel on ipoptelevison, recorded tracks for a new Disney series with Martin Erskine featuring Anne-Marie Milazzo of the East Village Opera Company on vocals, performed off Broadway with David Levinson, has completed a boat load of tracks for 5 new releases soon to hit the digital markets by Aiden James, Justin Utley, EvGenia Lesov, Zach Adam and Jeff Fiorello and is producing three releases of his own due out in 2012. The first will be titled "Three Sides To Every Story" and will feature original compositions recorded at his "Earth Quake House Studios". The second and third releases will be a studio CD and a live DVD compilation containing selections from various artist Ricardo has worked with.

Ricardo prides himself in being a versatile, punctual, reliable easy to work with professional. He has his own transportation and private rehearsal and recording studio and prefers to be involved with integrity projects with studio CD release aspirations.

Ricardo has international travel, stage and recording studio experience and owns about 20 Basses in 4 and 5 string electric and 5 string electric upright configurations by Sadowsky, Fender, Music Man, G&L, NSD, Dingwall and Yamaha to cover any sound you might be looking for and has bass amps and speaker cabinets by Eden, Ampeg, SWR, Aguilar, Hartke and JBL to support venues of all sizes.