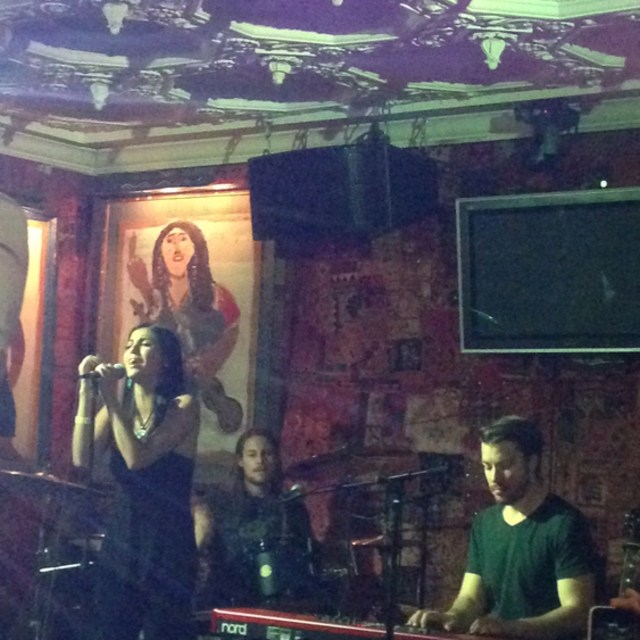 'Off Grid is an up and coming rock band from Los Angeles, California. Members include frontwoman Ingrid Schnell, bassist Paul Jones, Ben Stanton on keys and guitar, and drummer Chrys Kaplan. With a wide variety of songs ranging from acoustic, piano-driven ballads to heart-pounding rock and roll, the core content of the lyrics resides in love, loss and renewal. Taking a page from bands like Fleetwood Mac, Garbage and Paramore, Ingrid’s vocals are uniquely her own with a range that spans a breadth of soul and charisma; channeling those of her greater influences. With bass lines melodically grooving while keeping an almost funk-pop pocket, we have Paul bringing the sensibilities of another great bassist bearing the same name. Between the ebony and ivory of the piano keys and the strings of the acoustic guitar, Ben knows how to pull the tones, melody and rhythm together in such a remarkable way as to evoke whichever mood he wishes from you. And as for the heart-beat that drives the band, Chrys lays the foundation. Whether it’s “vibe-ing” in a slower paced tune or pounding out Nirvana-esque grooves, the timing and feel keeps this band cohesively synergistic in it’s musical endeavors. Every member in-sync: On stage or in the studio. Keep your eyes and ears peeled for Off Grid as the next big local band in the LA scene.’

The Pretenders, Fleetwood Mac, Nirvana, The Beatles, Led Zeppelin, Garbage, and many more.