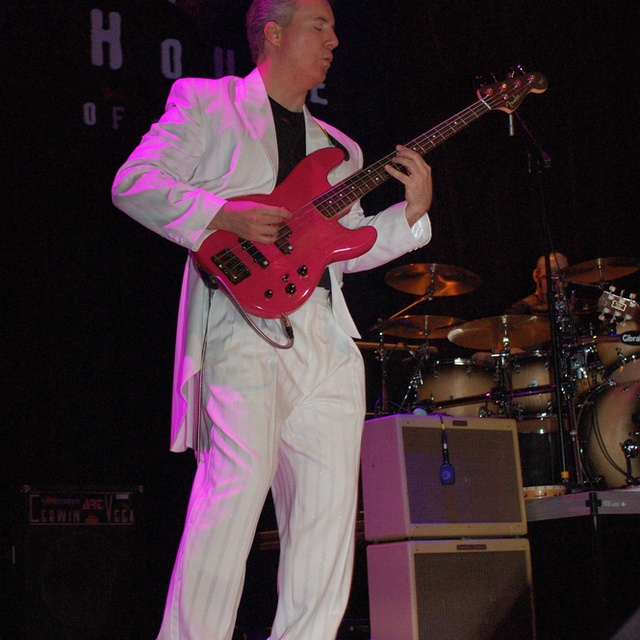 I am 60, a retired finance professional. I have been playing for 40+ years & have plenty of classic rock & originals recording & gigging experience. I read music (bass clef), have studied theory, work with multitrack recording (Sonar), and work extensively with midi sequencing. I have good equipment, a PA & a pickup truck. I am free to travel.

I should not claim that I sing. But I have an ambitious goal to learn, even if just as backup “oohs” & “ahhhs”, and I am making progress.

The audio link are recordings of my bass work with my recent band, The DarDans in Houston. These are original compositions. We played classic rock, and made 3 CD’s of our own originals.