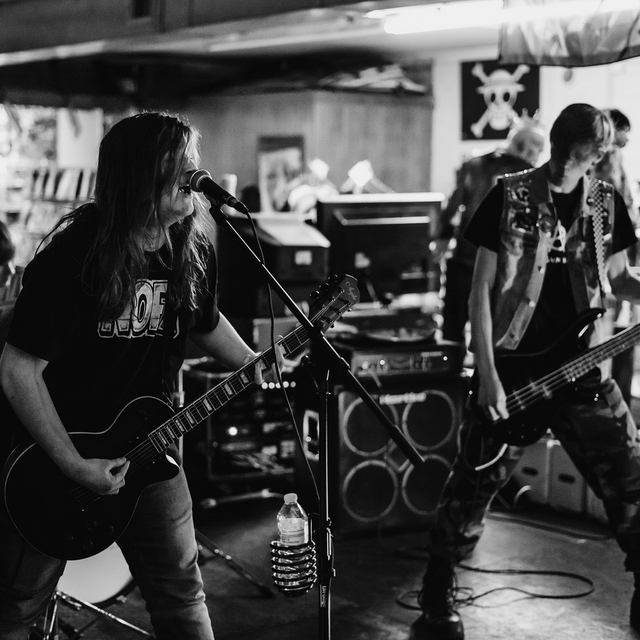 Burlington NC’s Orphan Riot have been called “The World's Youngest Old School Punk Band". These three teens are taking on the status quo by blending the spirit of the 90's Bay Area sound and classic skate punk with the chaos of today’s world to form a noisy portrait of modern life. At a time when there are more teenage social media celebrities than garage bands, Orphan Riot is here to prove that Rock n Roll still matters.

In 2019 Orphan Riot played 53 shows in the southeast and were featured on several regional & national punk rock podcasts. They have received air play across the US, England, France and Australia. They released their first full length album “American Endgame” in March of 2020. During COVID, Orphan Riot appeared on the Your BYGMuisc Moment webcast hosted by Grammy award winning producer and engineer Krish Sharma and on the Cat's Cradle livestream series. Orphan Riot released their EP “37” through Fixed Frequency Records in October 2020.