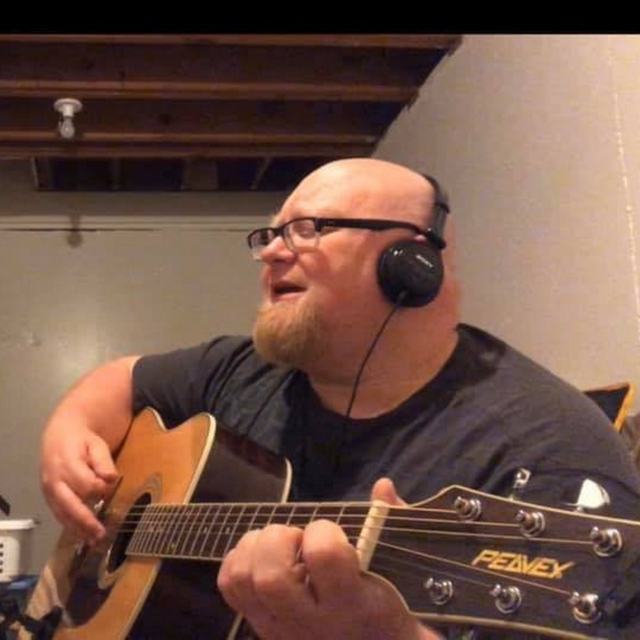 I'm really looking to get the music I've written into the hands of inspired artists. Listening to new bands like Momma and Wet Leg, I think that female vocals would go well with the stuff I've written. Very harmony based.

The alter-ego of, regular guy, Jon Froehlich. Jon has been singing his entire life being influenced by his grandparents’ bluegrass roots. Don’t let that deter you from listening to Oütson Fredrick though.

Growing up and exploring music in the late 80’s/early 90’s, Oütson’s music has a strong 90’s grunge/rock sound. This “emo” grunge music is a view to Oütson’s heart felt music through a pathologist’s chest spreader.

Oütson has been writing music since 1997 with self taught guitar playing and recording styles. “It’s amazing that my first recordings were done on Windows 95’s Sound Recorder and now I can create a super professional sound with my IPhone, GarageBand, and a $40 dollar Irig interface. I can write and record anywhere I can take my guitar.”

Oütson has also been involved in writing music with long time collaborator, Jon O. for over 20 years. Their most recent project has been music for their musical incarnation “Organic Robots”. organicrobotsband in the book of faces

Oütson his 4th album, EVOLVED, which is a blend of newly written songs and a revisit to songs written and recorded from 1999 to 2004. His previous albums were very raw sounding, but contained a unique view into a Bi-Polar/broken mind.