Parris Bacon + Musician in Bangor, ME 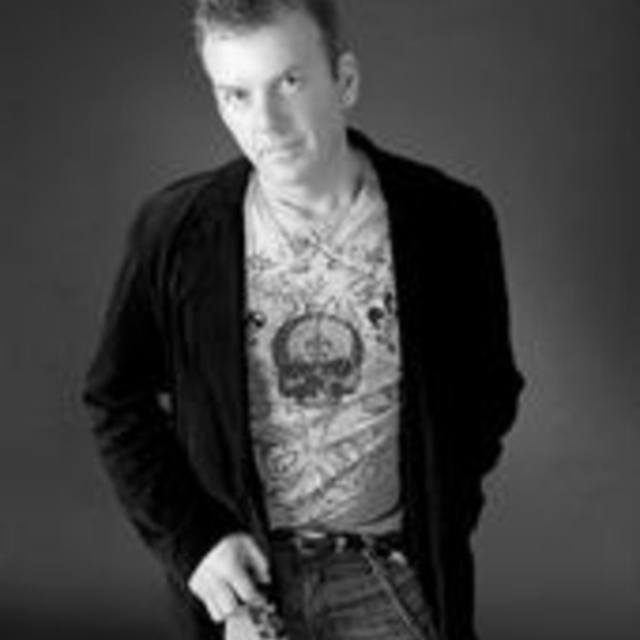 PARRIS BACON
Born in New England, Parris Bacon was influenced by great
artist at an early age such as Elvis Presley, George Jones,
George Straight, Alan Jackson, Hank Williams, Jr., Lynyrd
Skynyrd, Beetles, and Jeffrey Steele. This inspiration of country
music came from years of watching “Hee Haw” while at his
grandfather’s farm in upstate New York. Parris began playing
the guitar at 12 years old and wrote his first country song by the
age of 13. Due to his mother’s love of country music, Parris’
first song that he learned how to sing was “Release Me” by Ray
Price. Parris started his very first band at the young age of 13
with two neighborhood boys …. By using only one amplifier, two
cheap guitars, and plastic pails turned upside down for drums.
During his freshman year of high school, Parris was asked to
play in a band called “Uncle Ron.” Parris’ requirement to join
the band was to buy a good amplifier and guitar. He had to work
one very long hot summer on his grandfather’s farm in upstate
New York to save every penny to finally buy a used Fender Twin
amplifier and a Fender Mustang guitar. Uncle Ron’s band
played a lot of Bad Company and Doobie Brothers music.
During a high school summer, the band was asked to play a
wedding, but the set list did not have any country songs. When
the bride’s father approached the band and said that if they
didn’t play some country songs that they wouldn’t get paid.
Parris spoke up and said “I know a few”… but not being the lead
singer, the band told Parris to go ahead and take the lead to
fulfill the Father-of- the Bride’s request. The ambiance of
country music filled the room followed by every couple dancing
the waltz to these beautiful country melodies. When Parris sung
every country song he knew… he not only ended up with getting
the band paid, but an additional $50 bonus! After singing many
years on the road, Parris noticed his voice could not reach the
notes he could hit in years past. In 2004, Parris was told by his
physician that me might have throat cancer and would be lucky if
he could ever speak again, much less sing. Parris not knowing
the outcome promised himself that if he comes out of this with
the ability to sing again that he would do something serious with
his music. Following his surgical procedure, it was discovered
that Parris did in fact not have cancer, but a strained tissue
behind his vocal cords that would irritate every time he sang.
After a few months of not working, his powerful voice started to
slowly return … Parris’ singing and songwriting began to
flourish. While singing in a bar in Bangor, Maine, one of Parris’
dear friends, Larry Mahaney … who was the Donald Trump of
Maine… asked who wrote that song “Now You Did It” that he
just heard. When Parris told him he wrote the song, Larry smiled
and said “that’s a damn good song and you need to do
something with that!” Parris being the humble guy he is…
appreciated the words of encouragement from a businessman
such as Larry. The next week, Larry saw Parris at a restaurant
and told him that he couldn’t get that song out of his head all
week… and said “You better get down to Nashville and record
that song.” Three months later, Larry passed away in Florida
leaving an affluent impression on Parris to start recording his
songs in Nashville. In the Fall of 2004, Parris’ good friend John
Jenkins, accomplished guitar player-teacher, referred him to
Beaird Music Group, Inc. where Parris recorded his first song
“Now You Did It.” In the Spring of 2008 after recording 11
original songs in Nashville, Parris was on his way h ome waiting
at the Nashville Airport when he was approached by three ladies
who asked him if he was a singer. Parris responded by saying
“Yes, I just got done recording some of my songs… would you
like to listen?” The ladies listened and were very impressed with
his style of country music and asked him if he would like to
perform in Anaheim, California in front of 2500 people. Parris
most graciously accepted this generous invitation. In Aprl 2008,
Parris along with 5 other band members provided this large
group with a high-octane performance. He sold over 250 demo
CDs during the 2 hour stage performance followed by a
personal autograph session. In the Fall of 2008, Parris moved to
Nashville, TN to pursue his life-long dream of being a country
artist. He is currently working on his album featuring his original
songs written and produced by himself. All of Parris’ songs are
composed from a story from the past… but continues to write
songs based on current life experiences. Parris is a person with
such a positive attitude and high energy, as well as determined
in life to reach his dreams. Anyone who has seen Parris perform
can see that he has developed his own unique style … and
along with his high-octane performance can see why this up and
coming young man from Maine is well on his way to becoming
one of Nashville’s greatest country music artists.