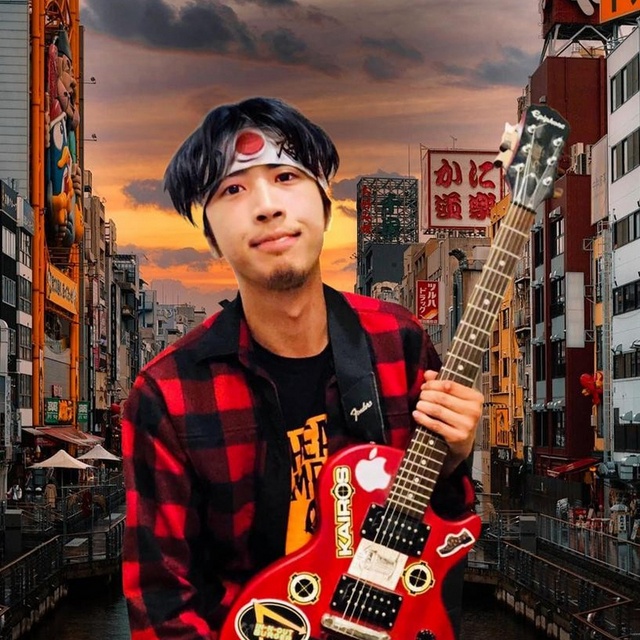 Hello everyone! My name is Patrick Lew Hayashi. In Japanese culture, I'm known natively as Masamichi Hayashi. I'm a 36 year old Asian-American born and raised in San Francisco, CA. Thank you for taking the time to listen to my music and checking out my page. Really appreciate it! I am a professional musician, Internet personality and sporadic actor.

I am Japanese/Chinese, Non-Binary and I play guitar mostly. I speak English fluently, but can speak only a little bit of Nihongo and Cantonese language.

I dont usually do acting in movies and TV shows though! Although I made a short 5 second cameo on Season 4 and Episode 1 on The Man in The High Castle. I mostly done acting through theater while I was in high school and college. I done voice acting for my good friend Yandie's YT channel. And I do improv comedy in some of my YT videos. Hahaha.

Making and playing music is what I typically I do. When its all said and done. People will remember me for my work and tenures in PLB, TheVerse and Crazy Loser in a Box!

The content of my music and lyrics is very similar to Seattle Grunge and related to the Asian- American/East Asian experience. But has more of an optimistic, daring and hopeful theme, despite its gritty so-called edge.

In this band PLB, I do most of the recording in my own bedroom downstairs the house I live in with my family and my pet dogs in San Francisco up in the Excelsior! And nope, I ain't giving you my address to my personal Graceland! Lolz. In this life, I have been through some highs and some very lowest of lows. Crappy people being the main factor why I got sidetracked in life.

But I'm aware some people had it worst, and despite all that. I've actually had a pretty satisfying and interesting life so far! I've traveled, I had an education, I have a few bragging rights. And I did this, did that...And so on.

The music I made was done on some app on my phone. And its off the wall! Sounds like J-Rock and Anime music already!