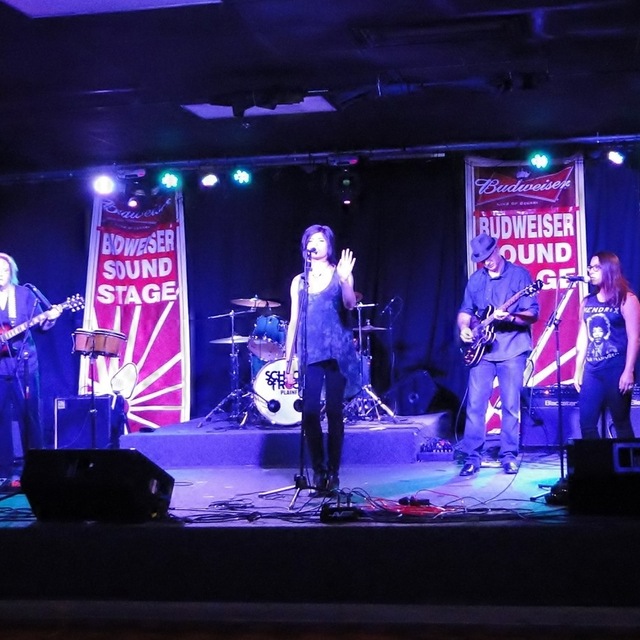 I'm an alto suited for the sound/songs by artists like Melissa Etheridge, the Pretenders, KT Tunstall. I like Classic Rock as well as 80s hairbands, and even some country. I love being on stage & have excellent stage presence, and would be totally up for a shared lead position. I'm an experienced musician of 40 years; I started vocals a few years ago, so don't feel comfortable singing any ole' song on the fly for auditions; I prefer a week or two to prep :))

I'm a hard worker, easy to get along with, dependable, and no diva.

I'm not afraid of the stage. I teach public speaking, and as a musician, I've performed in a variety of venues from Marriott's Great America, Walt Disney World, Chicagoland bars, & churches (weddings).

SOME SONGS I've Done Lead Vocals:
"Black Horse and a Cherry Tree" - KT Tunstall
"Back on the Chain Gang" - The Pretenders
"Ants Marching" - Dave Matthews Band
“I Hate Myself for Lovin’ You” & "I Love Rock n Roll" – Joan Jett
"Nothin But A Good Time" - Poison
"Gold on the Ceiling" & "Gotta Get Away" - The Black Keys
"Closing Time" - Semisonic
"Big Me" - Foo Fighters
“No Matter What” & "Baby Blue" - Badfinger
“Steady As She Goes” – The Raconteurs
“Stuck In the Middle With You” – Stealer’s Wheel
“Hit Me With Your Best Shot” – Pat Benatar
“Born to Be Wild” – Steppenwolf
“Because the Night” – Patti Smith
“Vertigo” – U2
“My Best Friend’s Girl” – The Cars