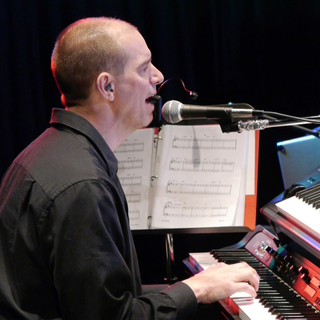 I’m looking for musicians (instrumentalists/vocalists) to form a small ensemble that plays great music that’s a bit on the lighter side for restaurants and early-evening type gigs. What would we play, exactly? That depends on the instrumentation, the vocalist and our tastes, but it could be any number of things. For male vocalists, perhaps David Gray, Sting, Leon Bridges, Steely Dan, Glen Hansard, Stevie Wonder, Joe Jackson, Father John Misty, Hall and Oates, Lyle Lovett, Rufus Wainwright, Psychedelic Furs, Van Morrison, Randy Newman, Leon Russell, Marc Cohn, Jackson Browne, Paul Simon, Supertramp, etc. If a female vocalist joins the mix, how about Aimee Man, Pretenders, Ingrid Michaelson, Rickie Lee Jones, Sara Bareilles, Indigo Girls, Dixie Chicks, Carole King, Corinne Bailey Rae, Sarah McLachlan, EmmyLou Harris, Dido, Dolly Parton, Joni Mitchell, etc.? A few jazz standards would be fun to play, too. There is a lot of good music out there, and as long as I’m part of an ensemble that continues to learn new material and grow, I’ll be an enthusiastic and dedicated contributor. I do want to avoid playing the usual stuff. If we play a song from a classic band, let’s play an unusual one. For example, if we play a song by Elton John, how about “Mona Lisas and Madhatters,” or if we play a song by The Beatles, maybe "Julia.” Something that people haven’t heard a thousand times before.

Ideally, this ensemble would play between 12 to 24 gigs a year. Who’s with me?

I'm a versatile keyboardist who can play by ear, improvise, set a groove and read charts. I'm well-versed in jazz chords, and I've done several gigs playing jazz standards as well as new takes on old folk and country tunes. My motto is come to practice prepared and play what the song requires. I can also play some guitar and bass if that helps with our song selection and our versatility.

In addition to performing in hundreds of gigs, I'm also an accomplished songwriter and studio musician, having written and recorded ten full-length albums to date, and I’ve played at numerous church services, weddings, funerals and school musical productions. All of my original music can be heard at my website. Just search for Paul Heinz Albums.

My keyboard playing early on was influenced by Rick Davies of Supertramp, Joe Jackson, Tony Banks of Genesis, Elton John, Steve Nieve (of Elvis Costello and the Attractions), etc. Eventually that grew to include jazz and blues influences including guys like Donald Fagen, as well modern piano guys like Ben Folds and Rufus Wainwright.