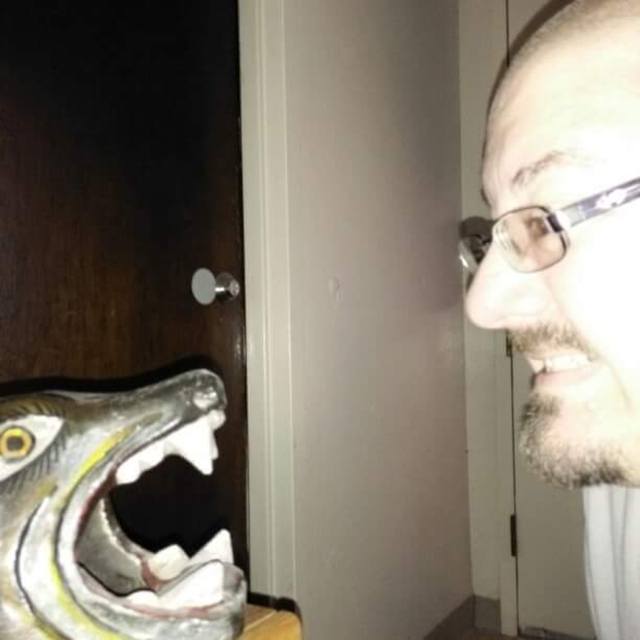 I am a big Ol' laid back dude, you know, like a typical bass player. I like grooving, but I also dig playing a little loose. I usually try to get a nice clean sound, but I don't believe in trying to make anything sound perfect. I go for feeling over technique, and I don't try to force too many notes into a song. Many times a simple melody is the way to go. I don't really like playing fast, but I can go heavy or darkish, and I prefer to play with my fingers, not a pick, though I can play with both . I love ALL types of music, if it sounds good, I am there. What else can I say? Let's just get together and jam, and see if things work out. Open to gigging, local touring, or just jammin.

Screen name:
Pete The Hungarian Hammer
Member since:
Nov 04 2015
Active over 1 month ago
Level of commitment:
Committed
Years playing music:
3
Gigs played:
10 to 50
Tend to practice:
More than 3 times per week
Available to gig:
2-3 nights a week
Most available:
Nights

All over the map, Chili Peppers, Primus, Korn, Many Hip-Hop dudes, DJ Shadow, Queens of the Stone Age, Tool, Bassnectar, Bjork, Bob Marley, Neil Young, 311, Gary Clark Jr.,Weezer, Slayer, Cage the Elephant, Ghost, Portishead, Sublime, The Heartless Bastards, Thievery Corperation (SO GOOD), Twenty One Pilots, Alabama Shakes, NIN, Ministry, STP, Del the Funky Homosapien, Dan the Automator, Cut Chemist, Lianne Las Havas, and too many others to mention! If it sounds good and has true passion, then it has influenced me.

Yamaha TRBX (has a nice sustain) , Fender Rumble 25. It is not a big amp but you can definitely hear it over the drums, and playing a small show would be fine with it.