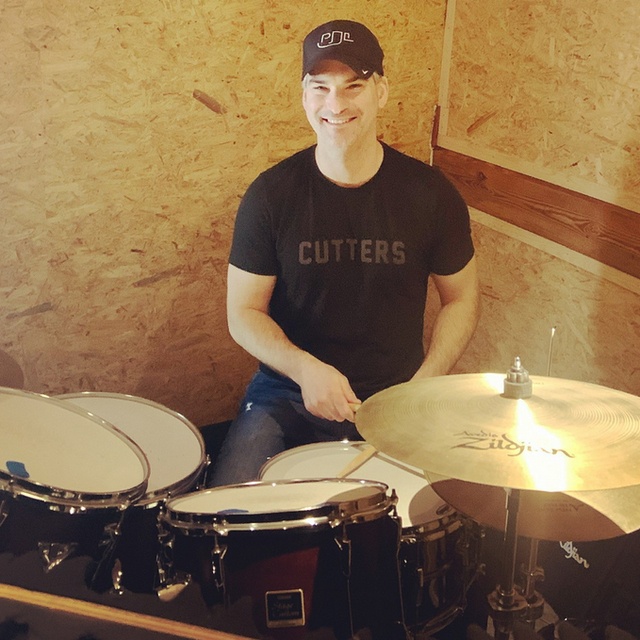 Keith Petty is an experienced drummer looking to play in bands in the DC/Baltimore area. He most recently played in two bands in Berlin: Damn! You Look Good and fragFrank!

Keith has been playing music since the age of six. Over the years he played piano, saxophone, sang choir, and even guitar. It was while studying with the best at Indiana University School of Music that he developed his love for the drums.

Keith has played in indie-rock bands inspired by the White Stripes, Modest Mouse, and Sleater-Kinney. Later he played in alternative rock bands, playing gigs in Washington, DC, with a style inspired by Fugazi, Soundgarden, Primus, and Built to Spill. Later he supported a singer-songwriter, and played melodic jams reminiscent of Elvis Costello, Coldplay, and the New Pornographers.

His work has been described as intuitive and creative. Keith can comfortably transition from a variety of styles, including rock, alternative, blues, punk, country, or something completely radical and new.

Keith is ready to rehearse and play live today! He has all of his own gear (Yamaha Stage Custom kit, Ludwig Black Beauty snare, Yamaha hardware, Zildjian A and Custom A cymbals), and is looking to have fun and melt faces.