PhatDaddyJ + Musician in Portland, OR 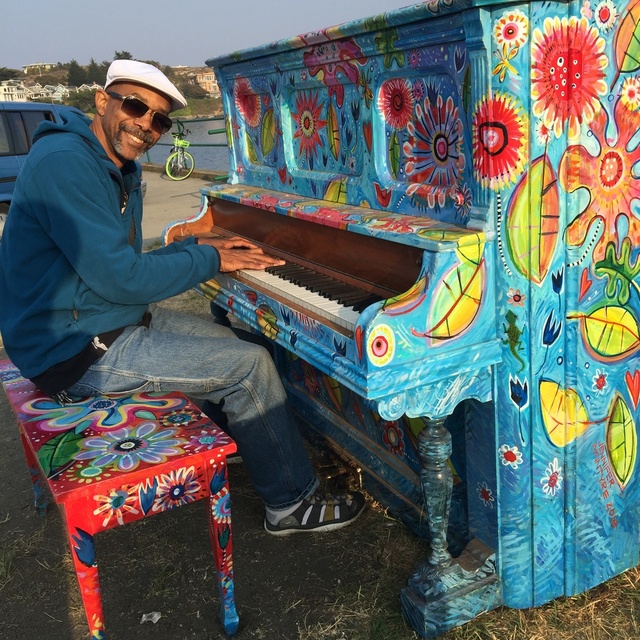 Music is my passion! It has always been a wonderful part of my life. Growing up in Brooklyn New York exposed me to street corner crooners, Afro Latin beats, Blues, Jazz and Rock & Roll. Marching down the street playing a tenor drum in my Boy Scout uniform is a cherished memory I have of growing up in the Brooklyn. It was my most urgent desire to dawn that uniform so, I too, could be a drummer in the Brooklyn Day Parade. The Apolo theatre was another influence in my youth, knowing the back stage manager’s son helped too. oh yea, front row seats. In high school I discovered the harmonica along with a steady diet of R&B, Jazz, Rock, I never got to stuck of any genre and appreciating the fusion of different styles. I enlisted in the Air Force in Coral Cables Florida after graduating Longwood High. Stationed in Okinawa Japan I met countless bad ass funky musicians from all over the US. For seven years I played keyboards in a top forty cover band “Shock Tacy”. Working Steve Howard the owner of the “Power Station” recording studio in Okinawa Japan, I learned a lot of the basics of the craft. After retirement I returned to California and opened my own recording studio Phat Daddy’s Music Studio in 1999. In 2000 Atlanta was to be coined the Hip Hop headquarters of the DirtySouth, I too decided to relocated to ATL for work in the music industry. Working with Audio Visual companies and Wizard Electronics a music repair facilities. I decided to my own start my own business building recording facilities. Moving to NYC in 2012 I discovered the THI studio in Brooklyn, where I received my audio engineering certificate with my studio mentor Robert Honablue. I now reside in Portland Oregon producing and recording music, my life’s passion!!!