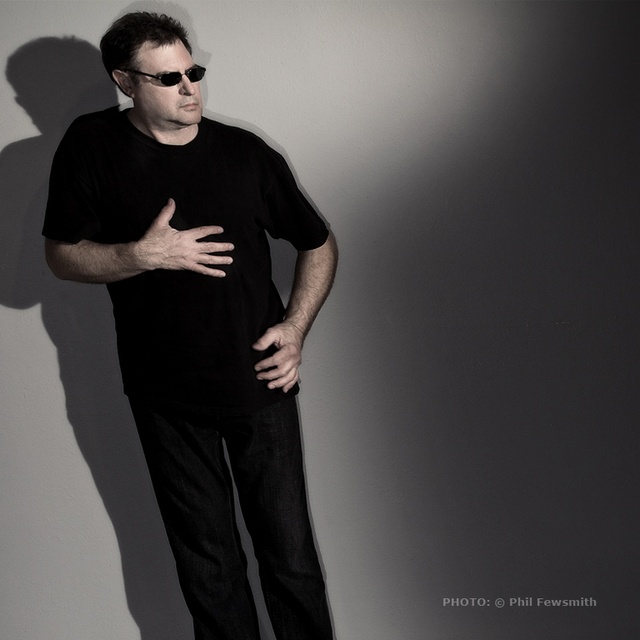 Even though I grew up listening primarily to classic rock and pop, (as well as classical and broadway show tunes), I later began to be influenced by a multitude of other genres. These days, my tastes are seriously eclectic!

As Duke Ellington once said: "There are two kinds of music. Good music, and the other kind.....If it sounds good and feels good, then it IS good!"

I played drums for many local LA rock bands when I was in my twenties and thirties. I was very good and always got a lot of compliments on my playing from my musical peers. At the same time, I was beginning to pursue a career as a professional photographer and eventually went in that direction full time. I have been doing it for over four decades by now. If you look up my name on the internet, you'll find my website (fewsmith dot com) and tons of my images on Google's image search pages.

Along with photography, I also do graphic design, photo-illustration and art direction. Musically, I have gravitated towards compositions for various film soundtracks and other projects.

CREEPAZOID: No comment. I don't know how to best describe this tune - except that I like it! An interplay of creepy and fun.

SYNTH GROOVE: A short experimental synth track that will have bass, drums, percussion and other instruments added later to give it an edge.

HIDDEN CITY: An opening credits composition made for the yet unreleased dystopian docu-drama "Hidden City."

ONCE UPON a CELTIC DREAM: A composition for a pending film project.

EIGHTIES TECHNO GROOVE: An experiment with loops, ending up with this composition as a spoof on eighties music, specifically Beverly Hills Cop, along with some Jon Lord organ thrown into the mix (and who knows what else).

MY DARK NIGHT of the SOUL: A composition for "Hollywood Halloween," a video montage of B&W stills I took throughout the eighties and nineties documenting LA's largest and most free-spirited annual street party of that time. Hollywood Boulevard was cordoned off from La Brea Avenue eastward towards Vine Street. Costumed partiers were allowed to wander freely for most of the night. Given the scale of the event and the Zeitgeist of those pre-9/11 decades, you will never witness anything like that ever again! The link to the video is on this page.

JUST ABOUT EVERYTHING I HAVE EVER LISTENED TO HAS INFLUENCED ME ONE WAY OR ANOTHER. HOWEVER, IF YOU WANT SPECIFICS, HERE IS MY LIST:

. . . . and many more great musicians that I have either forgotten, or haven't heard of yet!