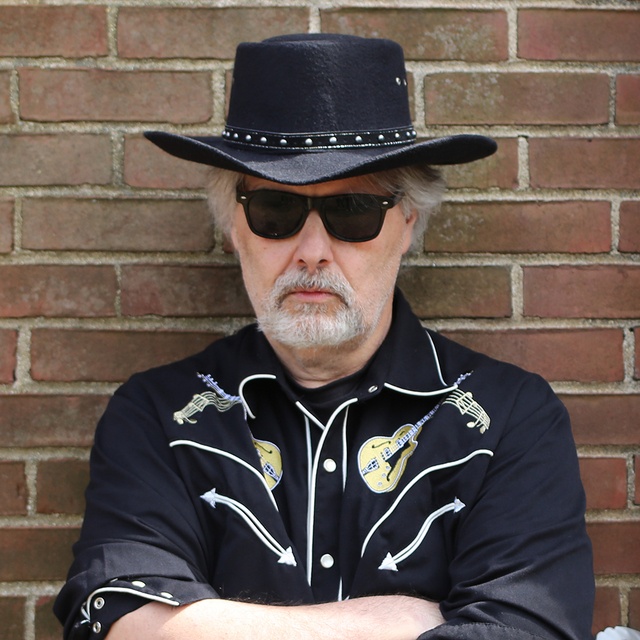 I always wanted to learn how to play an instrument. So I got a bass, figuring it would be easy. After all, it only has four strings. How hard could it be? I did that for a while and got to the point where I didn't suck. I then thought, how hard could those other two strings be to learn? Maybe I can learn to play the guitar now. So I picked up Mel Bay's "Guitar for Beginners" Book #1. I am almost done with that book, just one more string to learn. As soon as I get that string down I am going to form a band.

Update, I finished book #1 and when I started book #1 I learned about this thing called "Chords". I figure I only need to learn three of these to be able to play rock'n'roll. I've already learned to play an "A" chord. So any suggestions on what chord I should learn next would be appreciated. I'll keep working on chords...

So the saga continues. I found that if I learned to be proficient with three cords, G, C, and D, I could play country music. So I practiced really hard on those three cords and joined a country band. It was amazing. I could play a whole two hour set with just three chords. Then I found that I could do Rock music with A, D and E chords. I am really getting that hang of this thing. Next is playing lead. I am learning.

So I joined this band called "Change of Control" as the bass player. Going back to 4 strings has been a great help to me. I only need to hit one note at a time and chords aren't really a thing on bass like on guitar. Great bunch of guys that don't seem to mind that I play out of tune most of the time. At the last gig I was actually introduced as their "mediocre" bass player. I was thrilled, as I didn't realize I was that good. I will post some of the stuff we recorded. I hope you like it.

I am also playing with a band called George Zeo & Family as the "Lead Guitarist" which is fine since I can't really play chords. It's a lot of fun, and no one really notices that I can't really play. I guess it's because I have a really nice Tobacco Sunburst Les Paul Standard that I play. I look really cool with that guitar. It seems that you really only need to look good, and not actually need to be good. But I am still trying to learn.

Well guys, June 2019 will go down as one of the most fun in my playing career. I played to several "Sold Out" events with George Zeo and Family. The crowds have been very enthusiastic. The video for the song "Family" has had over 20,000 views in the last 45 days. The Change of Control band has been busy as well. We played a packed venue at the Ambler Music Fest. The crowd was loud and crazy. What a great gig. It seems that I am slowly, but surely, ascending beyond mediocrity. I may actually be approaching proficiency. I will continue to practice and see where it takes me.

Well the good news is, I'm getting pretty good. The bad news is, there is no place to play because of the pandemic. The better news is, I am a really good lead guitar player. And chicks dig the lead guitarist. The southern rock genre is right in my wheelhouse. And while many players struggle with playing slide guitar, I am really good at it. I am discussing the possibility of starting a southern rock band with my brother, who does a great Ronnie VanZant. That's pretty cool, right? I am still playing bass in the Change of Control band. That's going well, a great group of guys and gals. Maybe I will do this full time. Who knows.
New update; I joined Street Survivors. a Lynyrd Skynyrd Tribute band. This band is awesome. I get to be the Steve Gaines/Ed King in this band. I know what you are thinking. My whole profile suggests that I am just a beginner, learning how to play for the first time. But I lied. Don't be mad... I have actually been playing for over 40 years. In that time, I have been in a lot of bands, some signed, some just local bands. I have actually had three record deals in my lifetime. Obviously, none of them panned out for me. I have also been a session player, and have played on countless projects and commercials. I have done multiple tours of US and Canada. Again, I did this without gaining any notable attention. My attempt to become a famous rock guitarist was thwarted by my inability to become a famous rock guitarist. Now, I just want to have fun. And the self-depricating profile has been somewhat cathartic for me. I am in a great place with Street Survivors, and Change of Control, and George Zeo and Family. If you see me playing around, please come out and say hi. I think will will enjoy what we do. And if you are a Skynyrd die-hard, do not miss Street Survivors. We are the closest thing you will get to seeing the band that went down in the pine trees of Gillsburg Mississippi in 1977. Until then, I will keep you posted........ rocknfoh at G mail