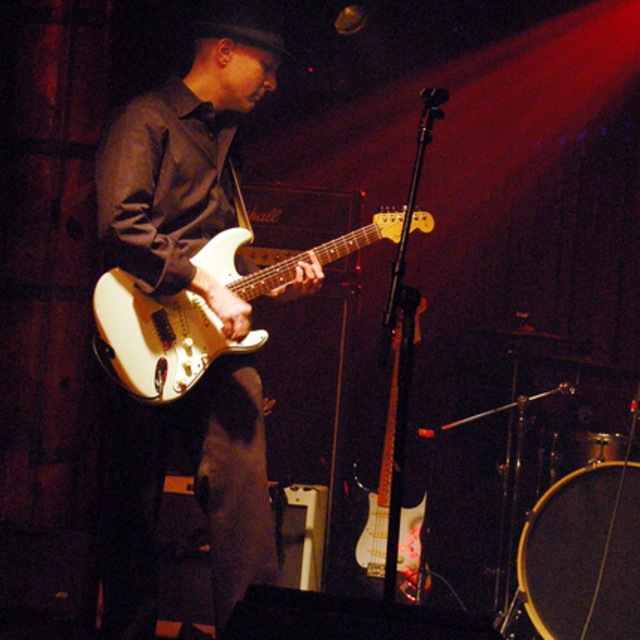 I listen to lots of new artists and contemporary music, and incorporate many musical influences into my playing and songwriting. My roots of guitar playing originated with: Rory Gallagher, Jimi Hendrix, Eric Clapton, Jeff Beck, Johnny Winter, Wes Montgomery, Albert King, and others.