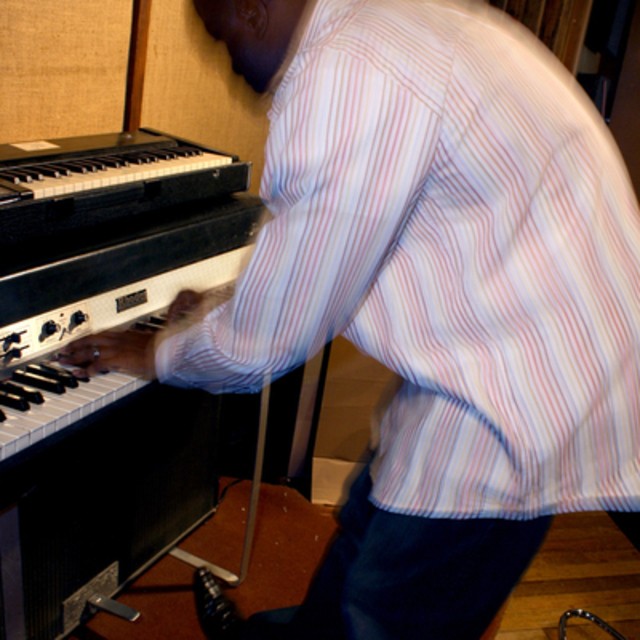 Phill C’s Musical journey started at the age of six in a second grade class at St Francis Middle School Caterham, London where he was first introduced to the glockenspiel and the Xylophone. He was bought a professional glockenspiel set, which he played in front of large audiences at an early age. This inspired him further and he began to compose tunes and practice more. In a few years he began playing the piano learning from a friend. All this gradually built his dream of being a great musician, performer and composer, but there was no mentor nearby. Gradually in his early teens he began to learn more about music in high school and studied recorder and piano. A break came when at 17 he was invited to a keyboard workshop. Within a period of 3 months, he had started playing in church services and in 2 Years he had been schooled in several areas of music with particular reference to the piano and keyboard instruments.
He played for a number of gospel groups and began to study gospel, accapella, blues and jazz, going to libraries reading the history of jazz. He studied about the eras of jazz, improvisation, position, and other rudiments of jazz referring to all the recommended discography. He gradually began playing jazz and at the same time studying grade 6 piano and building up confidence.
The mid nineties saw him involved in producing, arranging, and engineering recordings of different artistes until he began to record several positions of his own. He continued to study record and experiment with jazz with other musicians. Further encouragements came when he met Jazz Jamaica band members on their 1995 tour. Their ability to fuse other non-jazz related elements with jazz fascinated him. (He was later to work with Claude Deppa who he met during that particular tour.) Also meeting and learning from Chick Corea in 2001 had a major part to play in his overall disposition towards experimentation and creativity in jazz.

He has released a Christmas CD titled Urban Christmas and is currently working on two albums which will be released in the not too distant future. They are titled “Prophetic Melody” and “Inventors of our time” which features jazz musicians such as Claude Deppa, Tony Kofi, TJ Whyte and Harry Brown.