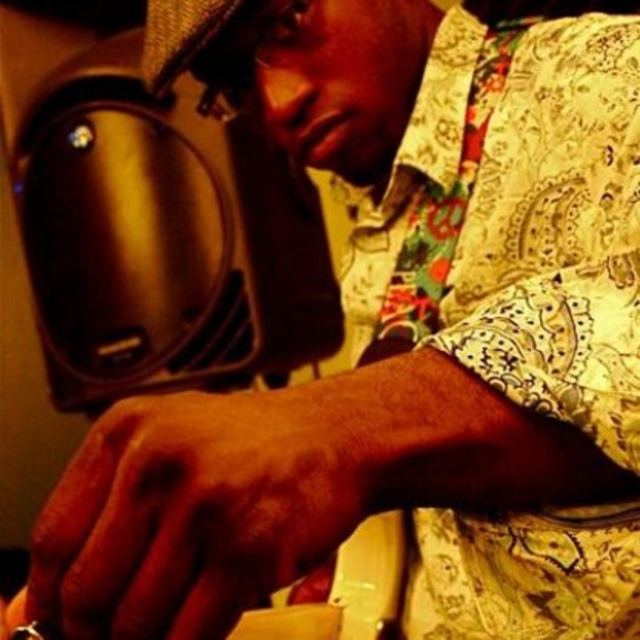 he art of making music is to well create what Phinees calls, "Eargasmic" melodies, and full of energy-driven and groove; he evokes the influences of from contemporary jazz and blues, pop, Latin/boss nova, funk, rock, reggae and R&b guitar styles. With his personality that all come to know him as having a great sense of humor in spontaneous delight, his subtle depth to the approach to music influences the musicians around him due to his Vibrant aura and eclectically.

Brooklyn Native, Phinees grew up in a Caribbean family line of musicians, singers and maestros and teachers; it was inevitable to pick up an instrument. Being the youngest of four children, he was eager and predestined to great among the line of legacy in his family. Though being exposed to guitar at 6 years old by his brother, his discipline to the guitar and the entire element started off on the saxophone at the age of 10. Being in the marching band setting listening to composers such as Bach, furthered his desire to music and he discovered jazz saxaphonist such as Charlie Parker, Bach, john Coltrane, and Thelonius Monk, he quickly fell in love with Jazz music.

Though Saxophone did not fully satisfy his urges to progress musically to be challenged, At the Age of 12, he picked up the guitar with full passion when his brother hand him down his worn classical guitar by which due to secretly played in his absence. playing guitar started off by listening to CD 101.9 smooth jazz classics by which he was heavily influenced by guitarist such as George Benson, ,Donny Hathaway, Ella Fitzgerald, Wes Montgomery, spiral gyro, Earth Wind and Fire; mounting a natural ear for playing any pop tones on guitar.

At of 13, he could virtually play anything by ear that comes out the radio . By this time, he was given the nick name “Phinestro” for being a unique form of a musician maestro on guitar and his catchy name and quickly became the crowd favorite musician. This was the starting point by which opened doors for him to play and record with Professional composer and producer Butch Stewart, gospel groups and artist such as “Chosen”, R&B soul artist Prince Jamir , and occasionally with local commercial gigs. Knowing he was not limited on his play abilities, he soon played formed a band called "cry of love trio" which they quickly built fan fare in style of blues and rock influence of Jimi Hendrix by which they were named one of best acts of Liberty University's Valentines coffee house. Wanting to expand himself and go with music on a different direction, Phinees joined central Virgina's indie band called “the kase Project” which was a blend of Brit rock, neo soul, and pop grove style. Being the buzz around school and central Virgina locals, he soon obtain the opportunity to sit in gigs with one of Central Virginia’s top band such as “Six Chasing Seven” who is the new band album being produced by Boyde Tinsley, Violinist from Dave Matthews band.

One transition leads to another, his he decided to move back to New York for more exposure and take his career endeavors to the next level.

Posting up his ad and one thing leading to another, Phinees is now playing for one of the co-finders “Rock Me TV” the largest online television Network in the world. He now plays with Colee Stallone, who she have opened for acts such as: Nsync, Wild Orchid, Vanilla Ice, Fergy (Black eyed peas) and many more. It has opened doors for him to work with Colee Stallone band which she is working with such artists as Hip Hop rapper Icarus of Wu tang Clan, D-Blocks own: “Vinny Idol”, Straw (Team Arliss) Ali Vegas, dollarmentary, Infinite Circle, Hip Hop mogul Marley Mall and many more to come with Colee Stallone band.

This is just the beginning of the virtuoso guitarist, which he is a quest to find elements to bring back to the music culture which was lost. If you're not willing to look beyond the surface, you'll never know all that you could have deep within someone, through one note at a time...

"Sometimes you want to give up the guitar, you'll hate the guitar. But if you stick with it, you're gonna be rewarded greatly.." Jimi Hendrix

Prince Jamir, will perform songs from his debut EP “My Offering” in Brooklyn’s Herbert Von King Park on June 21st from 6-10 pm. The live Soul and R&B stage will feature the industry’s hottest up and coming acts including the Prince, Atlantic recording artist Wynter Gordon, Collee Stallone, Amanda Diva, Ciphe and college club king DJ Spynfo. The Brooklyn stage will be the only one of its kind at TimeOut New York Magazine’s summer kickoff music festival Make Music New York. INVITE YOUR FRIENDS!

Bus: B43 to Lafayette and Tompkins Avenues

B44 to Lafayette Avenue

B52 to Tompkins Avenue