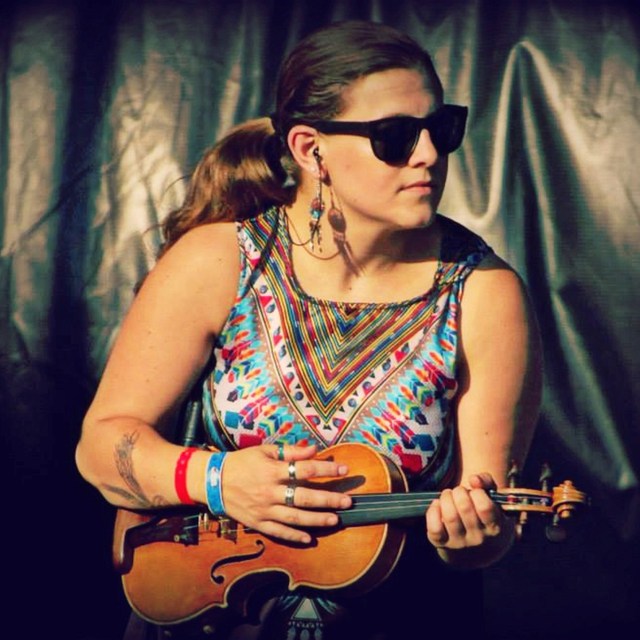 Hannah K Watson was born in the northwest suburbs of Chicago. Growing up with a mother who played violin and who frequently quizzed her with song names and artists on the oldies radio station, it seemed natural that Hannah grew to love and appreciate a diverse multitude of music. She began playing violin at the age of ten and played piano throughout her youth. Her fascination grew from there when she moved quickly through her school's music programs. She participated in many competitions for violin and piano, became an active member of her high school choir and held the position of concertmaster in The McHenry County Youth Orchestras for four years while studying violin with Edgar Gabriel, David Katz and David Yonan during her youth.

Ms. Watson is a recent graduate of Columbia College of Chicago earning her Bachelors degree in Music Composition while also receiving an extensive education in violin performance under renowned jazz violinist Diane Delin. During her time at college, Hannah studied composition with many distinguished professors including Tiffany Sevilla, Kenn Kumpf, Doug Lofstrom, Ilya Levinson, Marcos Balter, Mark Watters and Andy Hill and performed as a soloist for the special events office of Columbia College.

Hannah is currently a member of 4 different bands, violinist/co-founder of local street performance duo Chicago Street Strings and served as concertmaster of The Chicago Metropolitan Symphony Orchestra for their 2012-13 season. She has been part of the orchestra since 2008 and just recently joined The Lake Shore Symphony Orchestra, another community orchestra.

Hannah is not only accomplished in the music world, but has embraced her passion for many other arts over the years including drawing, filming, dancing, poetry and photography. She believes a culmination of all the arts inspires artistic growth and encourages her to bring out the best in her compositions. Hannah aspires to become a film score composer while continuing to broaden her performance career.

Have a pick-up on both of my violins, effects pedal board including boost pedal, delay pedal and loop pedal and a Roland amp all of which I use regularly in various capacities during gigs/performances.