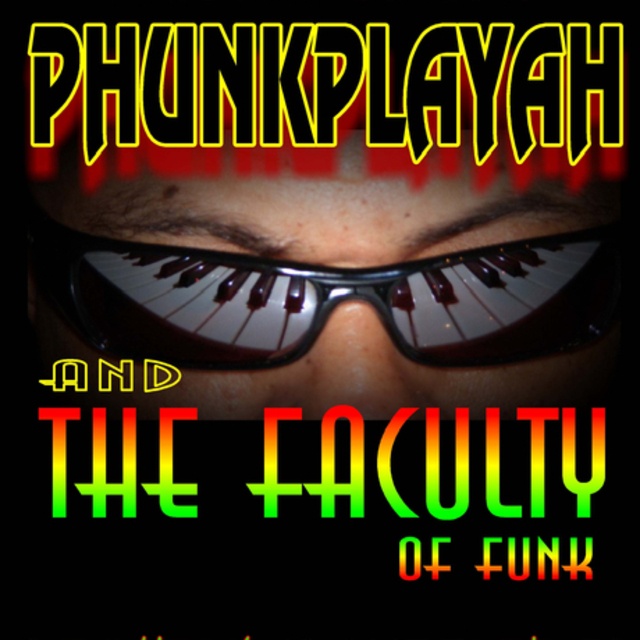 IGB-Entertainment is the newest and most innovative form of live entertainment sweeping the southeast region. Specializing in GFM (Grown Folks Music). This unique brand of entertainment covers the eras of the seventies, eighties, and early nineties FUNK , CLASSIC R&B-Neo Soul and Contemporary Jazz. Depending on the need, they have also been known to heat up things in the Funk Rock and Contemporary Gospel venues..... including some churches. Founded by Kirby L. Hamilton (aka Phunkplayah), IGB brings the heat to the thirty-five plus demographic, and because of their marketing strategy and personnel, they are able to provide music and entertainment for any and every age group in attendance.

IGB's line-up is as follows:

PHUNKPLAYAH : High energy one man show with the sound of a full eight piece band. Full back-up band available if your budget allows.

DJ also available which brings you two forms of entertainment for the price of one.

PHUNKPLAYAH will bring NON STOP music to your entertainment needs. No breaks, no down timeÂ¦.. unless your event calls for such. Other things that separate IGB from other bands or entertainment groups, is that they might even give the audience a chance to win cash and prizes while having the time of their life.

Kirby L. Hamilton has been extremely active in the music industry for over thirty-five years on stage, behind the stage, and even behind a desk and he has not stopped as of yet. He has recorded with such names as BrickÃ¢, known for platinum seventies hits such as Dazz....Dusic.... Aint Gone Hurt Nobody... just to name a few. He has also recorded with master hit maker Dr. Dre and performed on Snoop Doggy Dog's multi-platinum CD Doggystyle.... along with the first two videos Ã¢ Whats My Name and Gin and JuiceÃ¢. In the early eighties he released his own LP that made it to Billboards Pick of The Week along with names such as Chaka Khan and Curtis Mayfield. During the eighties and nineties he produced various up and coming Black and Latino Hip-Hop artists.
Just recently he started on his own NEW FUNK CD.... second Contemporary Jazz CD.....and second New Gospel CD which should be released in early 2013. He has taken the Roger Troutman sound (talkbox) and kept it alive in his recordings and live shows. He has shared the stage with such groups as The Emotions, Bootsys Rubber Band, Frankie Beverly and Maze, The Dramatics, Marvin Gaye, Roger & Zapp, Ice Cube, Vince Neil, Phil Upchurch, and One Way.

As an executive in the industry, he has been Entertainment Director and Special Events Coordinator for various Indian Gaming establishments on the west coast from 1990-2003. Some of his events and concerts have been televised nationally. He has booked such acts as Gap Band, Roger & Zapp, Rick James (which was televised on VH-1 Behind The Music), LeAnn Rimes, Clint Black, Ice Cube, Jefferson Starship, Vanilla Fudge, and many other events that range from comedy to Ultimate Fighting and Toughman Contest. He also managed one of Palm Springs, California's hottest dance club....Â¦..Club Fantasy.

Call IGB for your entertainment needs and they will bring the experience of decades of performing and recording, decades of promotions and marketing, and hours of sheer toe tapping, head nodding, hand clapping music for your dancing and listening pleasure.

*ALL SELECTIONS ON THIS SITE ARE PERFORMED LIVE (ONE MAN SHOW)(No OverDubs)
For a different side of this artist (Contemp. Jazz), visit his other websites

Rider Requirements:
16 channel stereo mixing board with a minimum of 3000 watts (depending on the
size of venue and attendance (Yamaha, Mackie, Behringer or equal value)
3 Sure 58 microphones / 3 boom stands
2 JBL 18 inch speakers with horn / 215 inch Behringer speakers with horns
(monitors)
Or any combination of speakers and subs that can handle 3000 watts with bottom
Yamaha Motif ES6 / Yamaha DX100 / Yamaha DJXII
DigiTech Vocal Harmony Processor
2 Ultra Keyboard Stands
Dressing Rooms (number of rooms depends on which show is booked)
Stage size depends on which show is booked (dancers & full band)

Rider may vary depending on personnel (The Phunk Shakers) and which show is requested.

All shows are negotiable and can be customized to fit your specific needs.

Phunkplayah & James Brown (The Sax Machine) hit the stage for the first to bring Smooth Jazz and "sommadat" "Ol Skool" Funk to the syage for the ultimate video shoot. TRUE FUNKSTERS WITH HIGH NEED ONLY ATTEN.....and bring your PhunkShades.....or buy some more when you get there.....IT'S ON!!!!!

THIS IS THE NEW DATE FROM THE RESCHEDULED JUNE 17th DATE.....MARK YOUR CALENDAR!

COME OUT AND HELP US HELP THE HOMELESS !

Join "PHUNKPLAYAH" at THE NORTH CAROLINA MUSEUM of HISTORY as The Funk kicks of the celebration of BLACK HISTORY MONTH.
ALL DAY EVENT

THE MICHAEL BENNETT PROJECT & PHUNKPLAYAH
join forces to set it off at CHURCHILL'S Cigar Bar 213 S. Elm St. Greensboro, NC
IT'S ON

PHUNKPLAYAH jumps it off at 8:30

"BACK BY POPULAR DEMAND"

"COME GET A TASTE OF SOMEOF THIS OL SKOOL FUNK....."GROWN FOLKS MUSIC"

Phunkplayah doing his "thang".....come on down and get a taste

Join PHUNKPLAYAH & The Faculty for alumni weekend throughout the entire city....ALL alumni welcomed.

Take a journey through the 70s 80s 90s and beyond .....and don't forget Phunk's tribute to Roger Troutman.... GROWN FOLKS MUSIC at its finest!!!
Special guest performer CHARLES BRYANT and his remarkable tribute to Barry White

$15 For more info on advance ticket purchase send a friend request to www.facebook.com/thephunk

This is a DEJA VU Entertainment production

While PHUNKPLAYAH is still on vacation, his alter ego Kirby Hamilton continues his exploration into the world of Smooth Jazz....Jazz Funk...Latin Jazz....Contemporary Jazz and Easy Listening Instrumentals

Smooth Jazz....JazzFunk....Contemporary & Latin Jazz.....then we land the Mothership with "sommadat" Ol' Skool Funk and Classic R&B
"Don't forget your "PhunkShades"....it's all at:

Family event with great food....various musical guests....nationally recognized chefs....Phunkplayah begins at 7 and the Funk should be just as hot as the grills......IT'S ON!!!!
Sponsored By:
THE KILA COMPANY
28 North Main Street
Wendell, NC
919-365-5003

Goldsboro High School Class of 1974 reunion hosted by
Kirby "Rip" Hamilton aka "PHUNKPLAYAH"
Admission: One pair of PhunkShades to be purchased at the outdoor
concert that Saturday after the parade.....$15 at the door
ALL CLASSES WELCOMED.....
LIVE ENTERTAINMENT & DJ

An evening of relaxation, chilling, reflecting, experiencing Smooth Jazz while paying tribute to the Mothers Of Kinston, NC and beyond. If you're coming to party, this is the wrong night. This is not for every and anybody....just the special ones.....you'll know if this is for you once you get here......come on down!

Art Exhibit along with some Smooth Jazz. "PHUNKPLAYAH" will not be there.....but will be close by if needed.

THE PHUNK ATTACK IS BACK!!!!

Another FIFTH SUN CONCERT featuring "PHUNKPLYAH"...Live & In Concert at the THE PARAMOUNT THEATRE...Center Street...Downtown Goldsboro.....Saturday...November 13th...8:00pm. Also performing, various entertainers from the area with sounds ranging from Jazz...Jazz Funk...Gospel...Rock Funk....and then Phunk closing it up with some of his "GFM" (Grown Folks Music). Join him in his musical time travels and visit the sounds of the 70's...80's...and 90's. Don't gorget to bring your "PhunkShades"