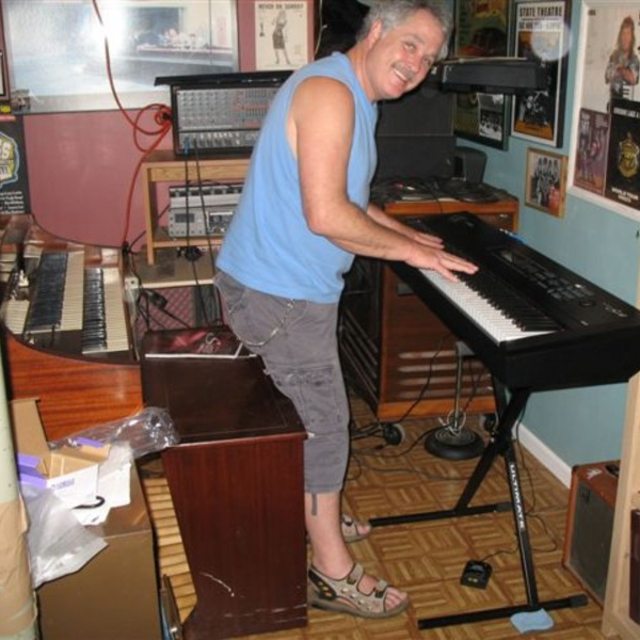 I have this little jam once a week...
looking for Guitar player who lives close enough and plays good enough....... and has the ability...it's a band, a little musical think tank! .call it what you want!!!!!
!
we are like 60 ish and all journeymen players who have (in past between us thousands of gigs and recordings under our belts some of us are still in working groups now!
, we have harp,drums keys and bass (electric and upright )

we are Mainly looking for guitar player to complete combo playing blues band / classic rock oldies/ some jazz what ever we or you like (as long as we can make it fit our instrumentation)
a project/weekly jam/practice .. sun afternoons.11:30 to 3ish in the area of 19 mile and Hayes sterling heights ,
looking for experienced players: that can control volume and get a good sound at a reasonable volume !, , reading a plus, we have no boundaries, we play what you want, you play what we want....
as we are easy going, just want to play music for ourselves and for musical furtherance with unique arraignments of songs people have heard as well as playing music to foster musicianship other that all that (smile), no agenda just show up and enjoy playing play good music....gig can be obtained
players with wide pallet or eclectic tastes and lover of songs that have stood test of time , this is for you...
some past songs we have worked with are below, we practice in a small room, on to better learn the discipline required to play with control. check the current members below!!!

some of the things we do can fit into this bag....a little bit about the players below.....
blues, classic rock, oldies, boogie, jazz fusion, experimental music,Progressive rock!, soundtracks
professor longhair, Charley musslewhite, ect ect From New Orleans blues, to fusion jazz, to 60's classic rock songs!
Thank You
Bob Vasseur (586) 604-5401
Would welcome discussing any r ideas you might have,
Info.
On Drums, Dennis Sheridan, (Clinton Township) Dennis is our true professional musician (world percussion) has recorded at Motown Studios and and played onstage at the Fox Theater, Freedom Hill and played on countless recordings, with people like Dennis Coffee, Don Was and with the group Brazil and Beyond, even more than can be printed here!

On Keyboards, Bob Vasseur, (Sterling Heights) Bob Started in the 9th Grade, studying the music of Keith Emerson and Scott Joplin, starting playing various bands in the mid 70"s playing all kinds of music, playing the hotel circuit in 5 western states and well as locally in Ohio, Michigan, and Ontario, Canada, founded the Progressive Rock Orchestra, playing the music of King Crimson and Emerson Lake and Palmer, and 70's prog rock, has also played gigs with Donnie Hartman (The Frost)

On Harmonica, Curtis Love,(Clinton Township) plays in the style of Charlie Mussel White, Little Walter, and Paul Butterfield, and has played with Catfish Hodge

On Bass, John Takle, (Sterling Heights) John started playing upright bass in 1973, and electric bass in 1976. He has performed in a variety of musical groups in Maryland and Texas, and more recently in Michigan and Ontario, Canada. His musical repertoire includes Classical, Country, Rock, Bluegrass, Folk, Blues, Big Band, and Jazz.
Videos recorded at our first outing together
s://./beyondblues9/videos. (recorded with a Cell phone at Utica Cork and Fork Festival September 2018)