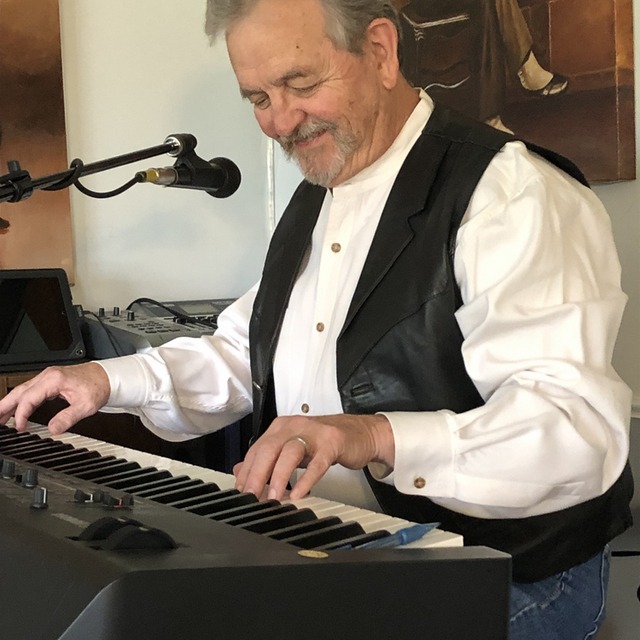 I am currently playing one man shows and occasionally booking gigs with my band. A very seasoned band with over 50 years experience in classic rock, country, western swing, blues, bluegrass, easy listening, and southern gospel. Play for Corporate parties, festivals, reunions, fairs, stage shows, family entertainment and gospel shows and church services and parties. Our music background started when Rock'n roll started. Our first gig was in '57 when we won the B.A. Rooster Day talent contest and was hired for their street dance that night. Was part of the Tulsa Sound crowd appearing with Tommy Crook, Gene Crose, Johnny Williams, J.J. Cale, Gary Busey,Don White, Bill Davis and others. Played the Tulsa club scene for many years as "The Shipman Brothers Band" and established one of Tulsa's legendary night spots, the Stables Lounge, playing there for 5 years as the house band. Left the club scene to raise our families and returned years later playing southern gosple and country music. Members of our band have appeared with numerous nationaly known country and rock entertainers thru the years.Some them include Jerry Lee Lewis,Chet Atkins, Bee Bumble, J.J. Cale who played with our band at the Stables Lounge in the late 60's, Gary Busey, Lefty Frizzell, Minnie Pearl, Stonewall Jackson, The Wilburn Brothers, Red Sovine, Leon McAuliffe, The Texas Playboys, and many others. We have recently regrouped for bookings and the enjoyment of playing the music we love and to meet some great people. We have been regular house musicians at the Skiatook Opry, Nowata Opry, Collinsville Opry and appeared at other family country Opry shows.