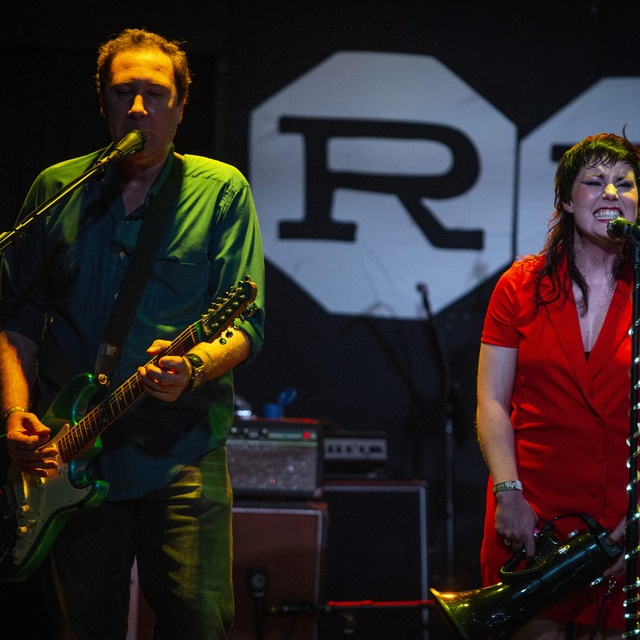 What’s the rumpus? Pink Awful! The five piece rock band from Reno, Nevada combines swirling, angular, but melodic guitars with a driving, solid rhythm section and vulnerable yet visceral lyrics. The band’s sound gives a nod and a wink to a familiar past while exploring the musicality of dissonance, spoken word, female empowerment and the occasional odd time signature. At times dance-able. At times atmospheric and drenched in delays. At times introspective and moody. Always sincere and heartfelt. Their impressive, energetic live show has also expanded as they attempt to blur the line between performer and audience.

Pink Awful began proper when Ashley connected with Mike via Craigslist and added vocals and lyrics to old demos he had created with no intention of them ever seeing the light. The sound gelled after a couple years with the addition of Dwight on bass, John on drums and Daniel on guitar. New blood meant new energy and a whole new spectrum of influences to explore.

The band’s first full length, Potboiler, was released in July of 2018, with a brief West Coast tour following. Since then the band has kept busy writing new music, playing shows and recording singles to be released with accompanying videos over the coming months.

Pink Awful has had the pleasure of opening for: Plain White T's, The Messthetics (featuring members of Fugazi), and Mannequin Pussy, and Doll Skin.