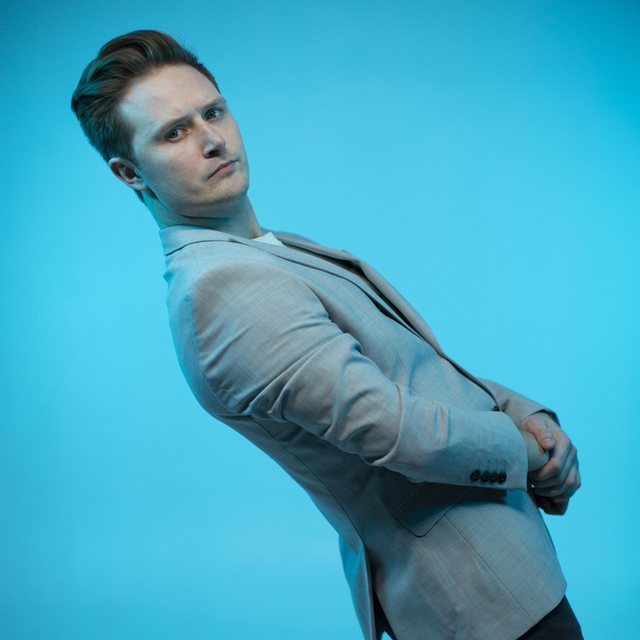 Chris Duggan is a lifetime musician and lives in Columbus, OH. At age 7 he begged for a guitar for Christmas after being transfixed by music videos on MTV. Since then he has written numerous albums and songs under various project names and in 2012 he graduated from NYU’s Clive Davis Institute.

His current project, Plaid Brixx, was born in 2014 when Chris wrote and released its first EP, Chemistry. He was overjoyed when the album was nominated for the Independent Music Award for Best Rock EP of 2015. In 2016, his sophomore EP, Plaid Brixx, saw a shift in sound from pop rock to indie pop and garnered even more popularity on Spotify.

Duggan is also an animated live performer: he likes to walk across the stage on his hands from time to time and is known to be a hot, dripping mess by the end of a set. As Plaid Brixx, he has performed with various personnel lineups in venues all throughout the US and Canada. Gigs so far include an official CMJ showcase, 4 SXSW shows and 3 performances at IndieWeek Canada. In 2017, he completed a tour with We The Kings, Cute Is What We Aim For and Astro Lasso: 32 venues across the country and Canada including Playstation Theater in NYC and The Troubador in LA. He also participated in the 2017 High School Nation Tour, performing at several large schools.

2018 brought 4 new singles into play including "The Beat Goes On" which was supported by a video featuring Chris as a faux-cooking-show host, whose quirky show devolves into chaos.

Screen name:
plaidbrixx
Member since:
May 21 2019
Active within 2 weeks
Level of commitment:
Touring
Years together:
6
Gigs played:
Over 100
Tend to practice:
2-3 times per week
Age:
30 years