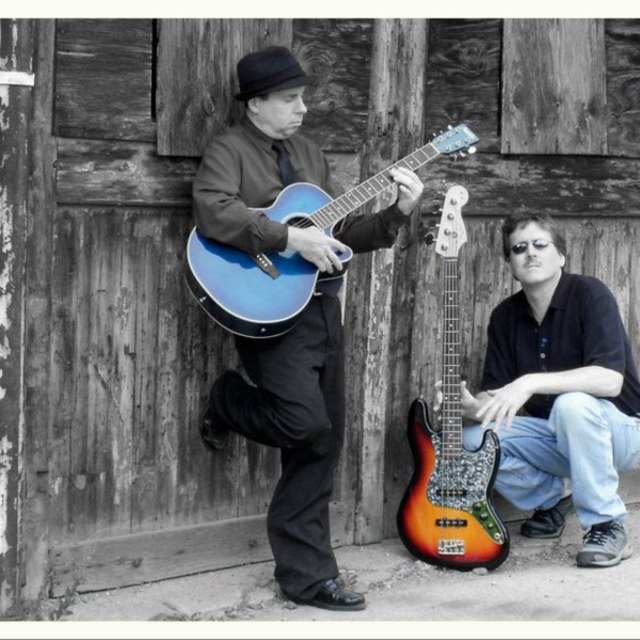 Dirty White Blues Band started a little afterwards when Dennis "Jack" Parker came home from the Juke Joint Festival 2011 down in Clarksdale, Mississippi and brought home a CD that $Daddy Rich$ let him have after a jam session he walked in on just before midnight Thursday April 14th. He flew back home on the 18th and decided to drive up to visit his good friend Eric Nielsen on May 1st. Eric lives in Brattleboro, Vermont and Dennis brought along that CD titled "Clarksdale" and played it for him later on in the night.

Apparently Eric enjoyed the title track and decided he would learn it the next morning and asked Dennis if he would sing the song. He decided that he would video record that moment in time for sh*ts and giggles. Eric never mentioned to Dennis that he would post it on and didn't until Dennis drove back home and talked to him via phone from his home in Brockton, Massachusetts. Anyway, that's how it started, from a song to coming up with a name for a band. They are having their fun creating original blues songs so that their lives are more exciting with this music that they're doing.

Dennis "Jack" Parker started playing the bass guitar at around the age of 28 and has played with a number of bands that included different genres of music. Dennis has played in Rock & Roll, Blues, Country and original bands and has always been a factor in all of them. He was brought up listening to different styles of music that includes Elvis Presley, Muddy Waters, Hank Williams, Rolling Stones just to name a few. A good friend from the beginning of Dennis' learning days by the name Johnny O' would show him the scales and patterns on the bass so they could jam with each other. Eventually another friend of theirs named Peter would play the drums and they would jam late into the night on many occasions.

Dennis met Eric somewhere around the early 1990's and was involved with him in 1996 in a band call "The Over and Under Band" along with Johnny O' and Peter that played rock and alternative music. Dennis remembers a time when Eric showed up for a gig at a local club and when it was time to get on stage Eric came out of the men's room wearing leopard skin Spandex that fit him fairly tight and Dennis thought it was the coolest thing he ever witness from Eric. Dennis and Eric has been friends for a while now and are again united with each other musically. With some luck and the grace of God they'll remain like this until they're called upon to take that next step.

â??It all started along time ago, a culture we never were part of but one that today we enjoy and would like to be a part of. People enjoying their moment that's there for them if they care too, a choice that's made from the soul and heart. It's the gathering of people who enjoy the music and for whatever reason just let all their sorrows and heartaches channel through those sounds that fill the air and let it all hangout right then and there. If you've never experience that at least once in your life I recommend that you give it a chance. You'll have to seek it out but when you do everything seems like you'll never want to lose that feeling because it's all good and maybe it'll last forever. And if you find yourself questioning lifes handouts, just remember how good it was and go and do it again until it can't be done any more. Well, I hope this helps someone if it's read and with that I leave you with this one quote; "Peace, and Play Them Blues"â??â?? Dirty White Blues Band Quote