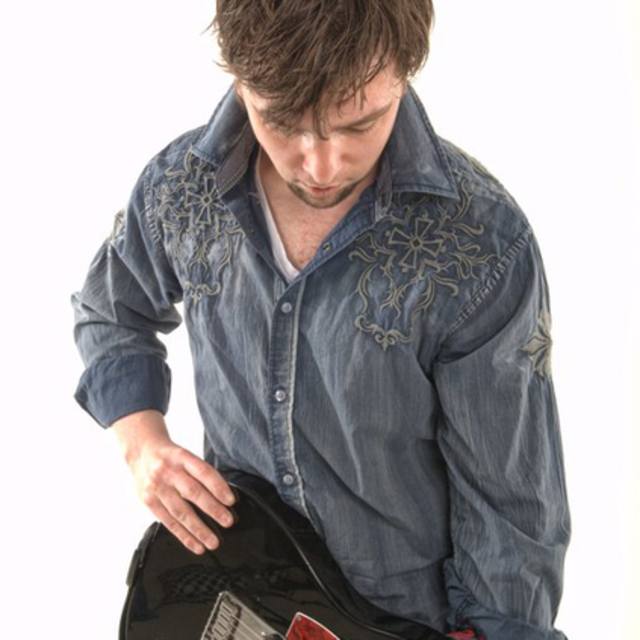 Jeff Adams is an exacting musician of unparalleled taste, musical sensitivity, and reserved technical mastery. Heard on Wash Over Me, the debut release from Ryan Pelton, Jeff's rhythm parts boast as much melodic interest as his solos, making his all-around guitar playing essential to any listening experience.

Inspired by nineties country rock and James Taylor, Jeff's fascination with the guitar began at age 10. At 14, the requisite SRV and Metallica craze began, where he became interested in lead playing. The country lead lines of Brent Mason, Chris Leuzinger, Dann Huff, and melodies of Diamond Rio along with the lack of country guitar literature inspired the necessity for his skill of transcribing. After graduating high school with no aspirations but music, he went to music college, where in 3-1/2 years, he was armed with a degree and three years as a professional transcribing entrepreneur. Check out my website for more details.

Right after graduation, he started playing with a regionally touring country rock band, and that's where the real fun began. Life on the road, opening for national acts such as Sara Evans, Jason Aldean, and Diamond Rio (a dream come true), to name a few, gave Jeff a chance to learn the ropes of the music industry: what it means to really play a solo onstage, and to respect the privilege of playing music for a living and all its pressures, financial and emotional. Knowing that his talent was valued more than the peanuts he was making, he left to pursue another career milestone: working for Hal Leonard Corporation as a transcriber.

Being a part of the global music publishing conglomerate not only allowed him to grow as a guitarist, but as a musician. There, he edited music notation for instructional books focusing on instruments as diverse as drums, bass, and mandolin to the ukulele, banjo, harmonica, and the written word. This training allowed him to expand his private-client offerings as well, where he began transcribing bass, mandolin, and vocal music for online customers.

Missing the feel of hot stage lights after two years of solitudinous freelancing, he again pursued work as a lead guitarist, where his ability to recreate guitar parts with astounding accuracy, both tonally and musically, afforded him the opportunity to work with the world's foremost Elvis Tribute Artist, Ryan Pelton. Not only was he copping signature Scotty Moore and James Burton licks as lead guitarist for his backing band, The Difference, but the structure of Ryan's business model allowed him to work with many more Tribute Artists (such as Marilyn Monroe, George Strait, Rod Stewart, and Barry White, to name a few), where his expertise in being a musical chameleon was appreciated and utilized to favored reviews.

And, finally, in mid-2011, his career made another 180 degree turn, where he began creating/recording original material for Ryan Pelton's debut release, Wash Over Me. He was asked to help with Ryan's songwriting arrangements to utilize his uncanny ear and musical training, but also came up with all the guitar tracks. Having quite a knack as a studio musician despite the stress of creating memorable hooks with four to five overdubs per song, Jeff's rhythm and solo work remain some of the more interesting aspects of Ryan Peltonâ??s music.

As can be seen, a penchant for meticulous sonic replication and an understanding of the workings behind musical styles allows him to fit in any situation with relative ease. Be it the country rock band that started his career and the publishing company he's edited for, to the various jazz, pop, country, and rock Tribute Artists he's backed, his versatility, authentic emulations, and strong sightreading abilities have successfully brought him an uninterrupted career of ever-intriguing touring and recording experiences. Jeff is available for transcribing, session work, and guitar lessons, so E-mail him or head to his website for more details.