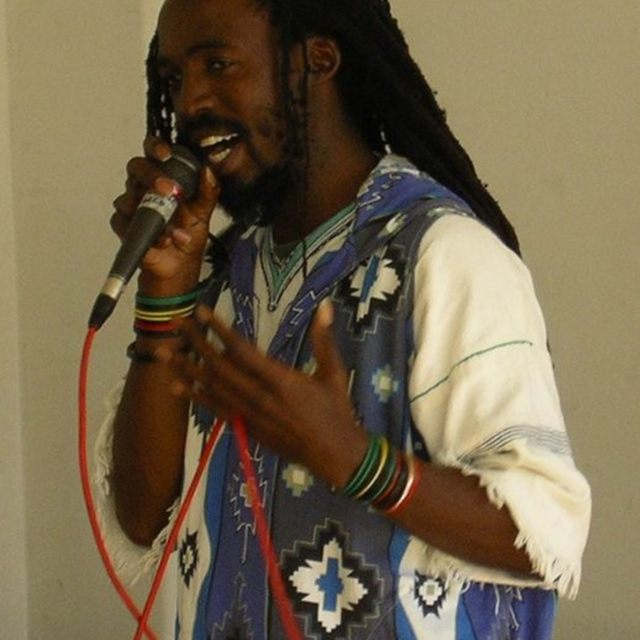 Zolani Prince Shapiro Tyalimpi was born in Johannesburg and grew up in Askeaton in the Transkei region of South Africa.

He is a poet, a writer, a photographer, an actor, a percussionist and a human rights activist.

He is a member of Sounds of Edutainment, a movement which offers a platform for young up and coming artists in South Africa to showcase their talent free from censorship.

In recognition of his contribution in this spiritual journey, he has been awarded with certificates of appreciation by: Jabulani Community Youth Project (Soweto), University of the Witwatersrand and South Africa’s Department of Sports, Recreation, Arts and Culture.

His thought-provoking performance poetry for social change is featured in a Norwegian Church Aid documentary film entitled Debt of the Dictators. It also appears in the Timbila 2005: a Journal of Onion Skin Poetry, The Social Conditions of the Working Class in Evaton West educational booklet, Botsotso 15, a combination of poetry, book reviews, workshops and symposia compiled as a product of Jozi Spoken Wordfest 2017, and Jubilee South Africa’s publications, to mention a few.

His 2007 self published poetry CD, Honour My People, is a blend of traditional and reggae sounds, showcasing Prince’s ability to edutain. The CD covers such current issues as xenophobia, indigenous knowledge, politics – as wella s the injustices of democracy as resurrection of apartheid in capitalist Azania.

Prince Shapiro plays Lucky Dube for Mnet’s documentary crime series on South Africa’s Crimes Uncovered. He is an executive producer of Road2Remedy, a documentary movie on mining activities versus community development in Africa. Prince has also been the voice of reason at Alex FM radio (89.1 South Africa) producing and hosting reggae radio show The Jam Session and hosting radio show Poetry in Session.

Prince is proficient in playing many percussive instruments as well as African indigenous instruments for 22 years. He played in the band the Meditators in Durban, South Africa (Bob Marley and reggae cover band) and Men of the Past Future Band (African indigenous, reggae and folk influences), and backed many artists with percussion.

In South Africa (will be bringing over to the USA) - African and other indigenous instruments: Cora, Rainsticks, More Djembes, Calabash, Mbiras (with connection cable for sound), Mongolongondo, Kayamba, Wawa stick, Many types of shakers, Marimba,