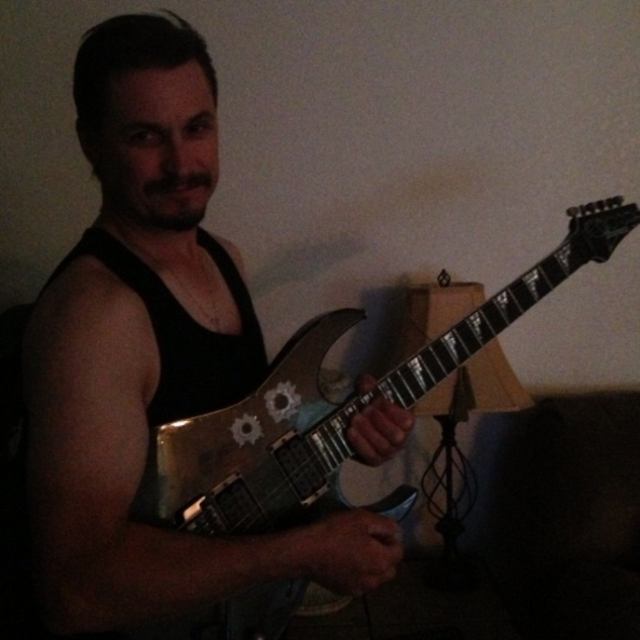 The first 5 tunes on the list were recorded with my guitar plugged into a Digitech GNX4 Guitar Workstation plugged into my Randall Amp and that's it....., I didn't quite have it dialed in yet, the sound is kinda rough, Lots to learn yet.

The boss is riding on my ass gave me my final warning
No! not for smoking grass, I was late again this morning "

Prometheus Jam and the other 4 tunes (1-5) are on "The Final Insanity" compilation, just a mixture of stuff I came up with, all jumbled together and played spontaneously on the fly one night in '08 after a rough 6-12's work week, kinda represents the stuff I mess with, I guess. The other 5 tunes (6-10) are on the "Black Spiders" compilation from 2005, stuff I composed on the guitar and transcribed to guitar tab and plugged into Guitar Pro software.........

I am not a professional musician, I didn't take music classes or go to fancy music schools... I love Rock N Metal and do this for fun as a hobby