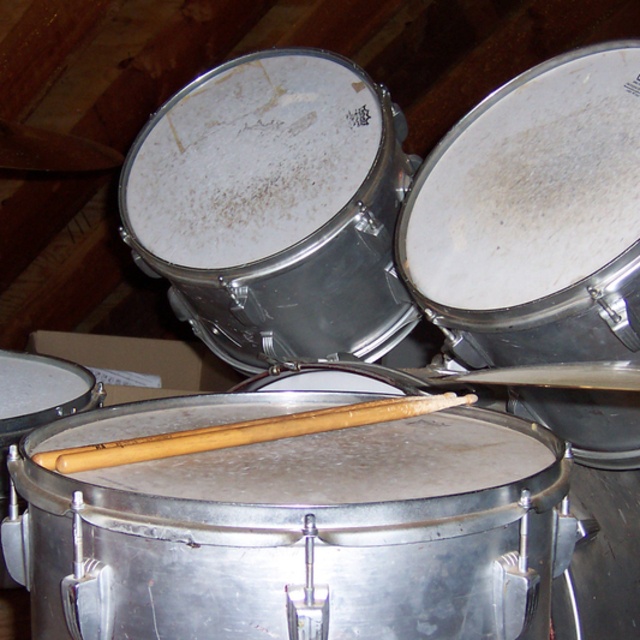 Never been in a group before, but have played drums along to records for years and years pretending that I'm Ringo Starr among others.

I really don;t want to gig or anything, just want to play good music with some sane players who really know what they're doing, but wouldn't be too critical of a jamming newbie like myself.

Would love to play with a blues-rock or Classic Rock influenced guitarist. I also like Punk music but of the slower older, Clash/Ramones.

I'd call myself a minimalist drummer for sure. Like Ringo Starr, I simply refuse to play a solo.I find them needlessly self indulgent. I don't mind fills at all, and I'm not afraid to use the tom toms. I'm pretty old-school though, traditional hand grip and a single pedal. A Ludwig speed-king at that. I believe I would play for the song, and not for my own attention seeking needs.

I play guitar as well, but not well enough to even mention on here. Still learning.

Various Pearl and other hardware.