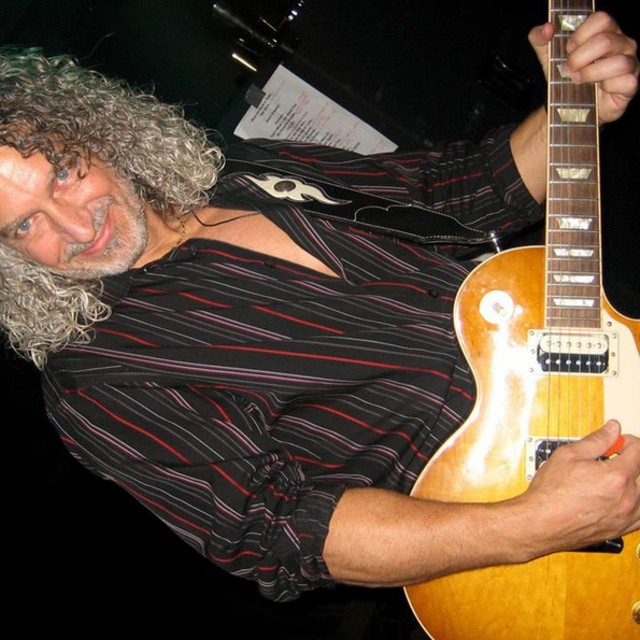 I love the blues, classic rock, modern rock and heavy metal. I am a very good rhythm guitarist, and can also play some lead. I am very good at shaping my sound in order to sound good - - in other words, I know how and when to use the right amount of distortion, when to play clean, when to add delay, etc. I do NOT hide behind a bunch of effects. I have top notch equipment. I am very open to playing a variety of musical styles with a really good beat, but am particularly interested in playing blues and hard rock right now. I was in a band called the Blitzkrieg in high school (a LONG time ago!), ROCKENSTEIN from 2009-2010 and from July 2012 to June 2013 I played rhythm and some lead guitar in a northeast side classic rock/pop cover band called The Echo Station. I also played in The Full Tilt Band from 2104-2017. I am in a great blues/rock band called RougHouse, based in Noblesville, IN.

I have top notch equipment. Several Gibson Les Pauls, Fender Stratocasters, a Gibson SG and a Fender Telecaster. For amps I have Marshall JCM 900 and a mini Jubilee, a Friedman PT20 and a little Fender Blues Jr. Many, many effects and a couple of microphones.