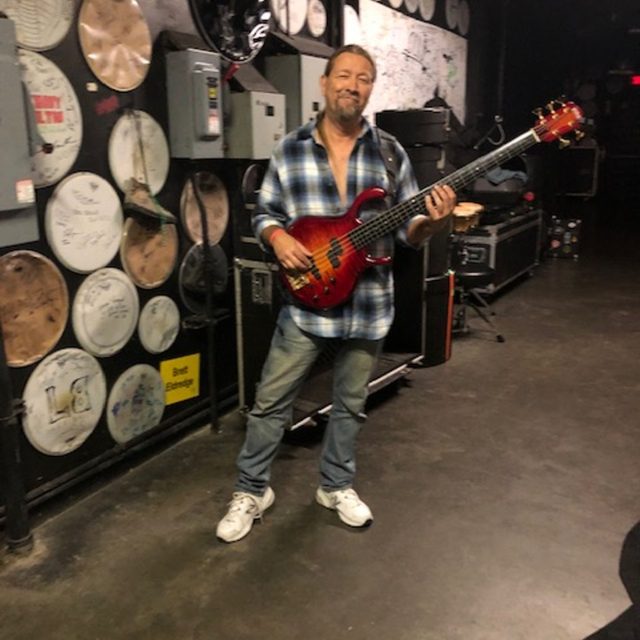 I am a self trained multi-instrumentalist with a very accurate ear, dabbling since the age of 13.
Contract musician in Seattle for over 17 years, recording and touring in many different genres of music including country, blues, prog rock, metal, acoustic folk and jazz rock.
I'm looking to hook into a seasoned project live or studio. Solid, inspiring covers or tribute project would be ok, but have been mostly involved with original material.
Not looking to play for beer, or "McDonalds Money" Very dedicated, forwardly mobile, tour capable seasoned fretless and fretted bassist looking for a solid project.
Think Govt Mule, Marcus King, Wide Spread Panic, Jerry Reid, Willie Nelson, Porcupine Tree, Blackfield, Rush, Yes, King Crimson...
I have at least 3 albums worth of self recorded demo material available besides the tracks featured here to showcase my ablities.

Had been playing with Nikki Holland for the last couple of years out of Michigan. She's a bit in the vein of Melissa Etheridge or K.D. Lang... original material, Americana style with a bit of country and blues laced in. Started out with her as a bassist, and moved into the guitar slot out of necessity.
Please enjoy my self recorded tracks, and a few contract tracks from my Seattle days, as examples of my approach to bass and guitar, and contact if interested. There is no "programming" here, I've recorded these the old fashioned way... one track at a time. I enjoy playing live (my drug of choice... and coffee... of course!) and am driven to do my best work always.
Name of Ray.
No ego and no drama, drink, or drugs... I do however demand a certain level of professionalism and ability, so I’m not likely to just run off with a half assed project... Cheers!
Colour pictures are from 2016 through 2018.

52 And A Wakeup, We The People, No Phoenix From The Flame, All The Fish In The Sea, High Plains Drift, Cabeza and Hero in the Sunset: copyright 2012-2015, Published: Klas Myrddin Music, ASCAP.
Five Minute Fall: Afraid to Fall and Fire copyright Five Minute Fall.
Peter Cheff Project was never finished and these bed tracks were scrapped.

At present I am playing 2 Pedulla 5 string fretless basses, 1 Warwick Thumb 5 string fretted NT and 1 Pedulla fretted Thunderbass 5 string NT.
My rigs include a Mark Bass CMD 102 P with a 2x10 extension cabinet, a Markbass 121P with a 1x12 extension cab.
For larger venues I keep two Bergantino HT-322 cabs paired with Gallien-Krueger RB 1001-II rack heads.
I use a few EBS effects pedals mounted on a pedal board. I have a Roland synth that can be driven from my bass, and Roland PK-5 pedals for driving a keyboard while playing bass.
Electric guitars are ESP's from the 80's and a Taylor acoustic. Numerous pedals abound coupled with 2 Egnater Renegade amps.
Keyboards consist of an old Alesis QS-8 88-key workhorse with a great Melotron and a Korg Triton LE 76 key.
Cheers!!
Many thanks!
gabrielscircus@yahoo.com