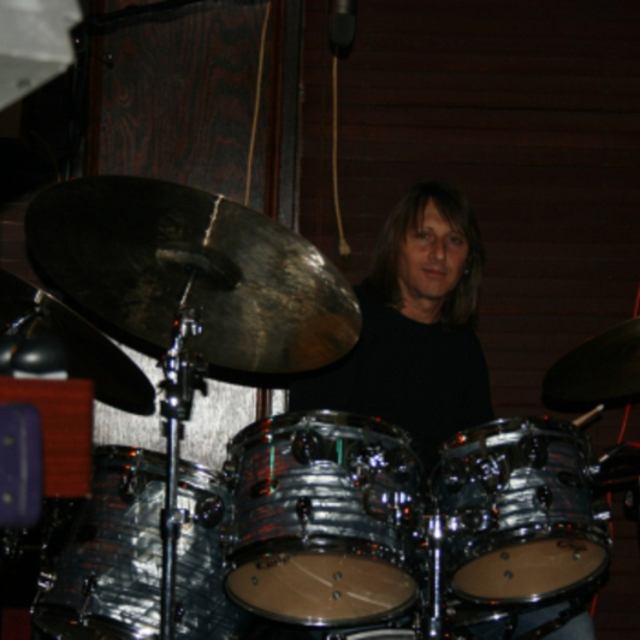 A professional drummer out of Clayton North Carolina, that believes "A Drummer Should Be Felt, Not Heard. Its not about volume, its about dynamics". It is no doubt that the very diverse genre of bands and studio sessions I have been a part of have been the major influence of this statement".

From school age I played in bands and was a member of the award winning Albemarle High School Drum Line in Charlottesville, VA. In 1981, I was hired by Sentimental Journey, a regionally touring 18 piece big band playing swing and dance music from the '20's 30's.

Upon moving to Georgia, I played with the Graingers, a regionally touring family Gospel band in 1989.

In 2001 I started playing with the Capital City Christian Church in Raleigh, NC and later Joined Leather & Lace, a rock/country cover band out of Wilson, NC. Moving back into the Christian music scene, I joined up with The Connection, a GenX church out of Raleigh, NC in 2003

2004 -2012 was with Hybrid South a Raleigh, NC band spicing up the North Carolina music scene playing a diverse mix of Rock, Funk, Blues, R&B, Country along with a variety of other dance music.

In 2017 I signed on with Ray Cross and the Country Diamonds. A premier country band guaranteed to have you two stepping, waltzing, and swinging around the dance floor to many of country music's number one hits throughout the decades.

Currently I am playing with the band "Vintage" out of Kenly NC playing your rock and roll favorites from the 60's to the 80's.

I have played in venues from small coffee shops and bars, city and county festivals, to large venues like Koka Booth Amphitheater in Cary, NC and the PNC Arena in Raleigh, NC.

If you are in the need of a solid versatile drummer for live shows or recordings please contact me.

My musical interests are very broad and include such artist as Buddy Rich, John Bonham, Ringo Starr, Neal Peart, and many others.

I listen to a lot of different style music and enjoy playing most of what is on my rotating playlist.