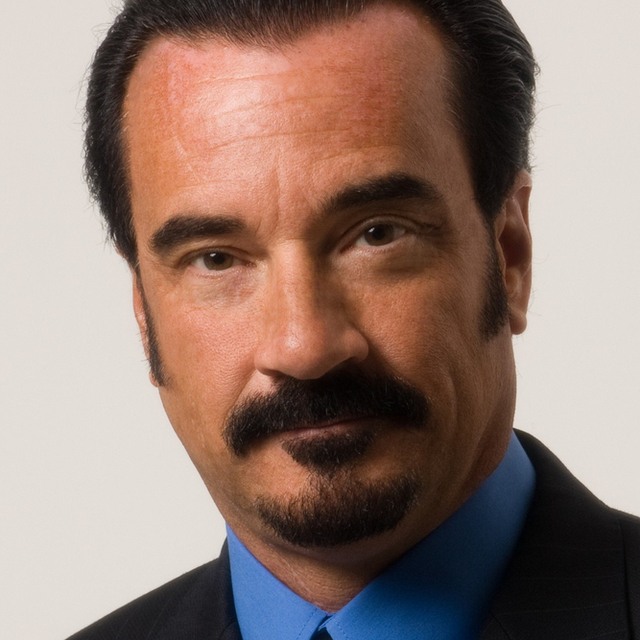 A few samples (all original material except for All Along the Watchtower, Gotta Serve Somebody and Layla) are available below and many more can be found at https://soundcloud.com/randellyoung. All the guitar solos and guitar parts, bass and keyboard tracks and male vocals on the Libertalia sessions are my compositions and performances.

I like to play, compose, arrange, sing, produce. I am 100 percent motivated by creative satisfaction. I am not hung up on how much the gig pays or who gets the most attention. I am a very seasoned player. Rhythm parts will be precise and consistent. Solos will be melodies and counter melodies -- not just shredding scales. I have my own style and sound which work very well within the genres of R&B, Funk/Rock/Fusion, Smooth Jazz, Blues and Reggae/Worldbeat.

If you need a track or a sub, I will help you out if at all possible. Non-smoker (tobacco or otherwise). No booze on gig, I will show up early, well-groomed, well-dressed and ready to play. My favorite sub-in situations are Classic R&B/Dance/Funk, Reggae and Blues. I am also well versed in Classic Country although I have no idea what is modern, country or musical about so-called “Modern Country Music”.

My approach to soloing is well documented in my two pieces On Soloing and More On Soloing which have been published by Jazz Review, Guitar Review, Just Jazz Guitar, Indie Music, GuitarNoise, Six String Soul, Future Music, Music Gear Review, Guitarist, InterMusic, Galaris and Jazz Guitar magazines. The version that follows is my favorite because Karl gives you a little extra background on me and because it is presented as supplemental material for his excellent online guitar course...

Of course it will sound immodest to say so but, as a purely factual matter, I am especially skilled at working with exceptionally talented young singers and helping to elevate their game to the next level and beyond. An overview of my basic approach to studio tracks, arrangements, production and talent development can be found in this SoundBetter interview...

Working directly with United Artists CEO Artie Mogul on the Bob Dylan Revisited project afforded me the opportunity to perform an in-depth analysis of the best works of one the greatest songwriters in music history. The experience enlightened me as to the value of a period of intense focus on a single artist.

Thereafter, I undertook a study of the best works of Frank Sinatra. Even though his style is far afield from my natural inclination toward R&B, I highly recommend for every singer the exercise of mastering a few dozen of the classic American Songbook melodies. These are some of the greatest popular melodies ever composed and in many ways they are far more adventurous and sophisticated than all but a few of the popular tunes that have followed them.

Currently, I am in the final stages of a third in-depth study, this time of the most commercially successful guitar player in music history, Eric Clapton. We are about to debut a new live show entitled The Dominos Present: The History of Eric Clapton. Even pre-launch, The Dominos have already attracted over 12,000 facebook fans/followers.

For more about The Dominos, please see...

Ironically, I had this to say way back in a 1993 interview with the LA Times, "You know how you hear a track without a guitar and you kind of fill it in? Stevie Ray Vaughn would have played it one way. Albert King would play another way and Albert Collins would play it yet another way. I generally hear it the way Clapton would play it."

One of my original projects (a trilogy of concept albums branded under the registered trademark: "Libertalia") is within three tracks (30 out of 33) of completion and, based solely on our SoundCloud singles (no CDs or videos yet released, no touring and no promotion) currently has over 235,000 facebook fans/followers -- and growing daily.

I am very much aware of the value of audience sharing, especially in this digital era, and open to any sensible collaboration and/or cross promotional program with other original artists and/or projects. The support of my Libertalia fans is, no doubt, what has enabled The Dominos to garner in just a few months, over 12,000 fans/followers... more than four times the 2,600 fans/followers that The Dominos' principal competitor (Shawn Hague - The JourneyMan Tribute Band) has taken over 8 years to accumulate.

Usually maxed out at 5,000 but every now and then somebody does drop off, so please feel free to hit me up on my personal facebook page where I am blessed to have a marvelous global network of friends including many of the world's greatest musicians and all open for public view. If you are looking for musicians or singers for a project, a great place to start is to browse through my facebook friends.

Note: The photogenic girl with the movie-star smile in the photos is my wife Florentine. She doesn't actually sing professionally but she looks great so we frequently include her in our Libertalia shots. (It's an Ohio Players sort of thing). She also has an inspiring personal story which you can read about here...

Except for the photo of me wearing a white hat as we are about to enter The Blue Grotto on the island of Capri (off the Amalfi Coast of Italy), the entire first row are all studio shots.

The second row starts with a studio shot followed (left to right) by photos taken at a train station in Paris, just outside the Arles Amphitheatre (one of the locations where Ronin was filmed), on a balcony in Barcelona and, finally, in front of the Shuljakov painting in the lobby of Three Hutton Centre (circa 1993).

The third row (left to right) starts with shots taken in Paris and San Clemente followed by a screen shot of the 1 January 2017 Jamendo (Belgium/Luxembourg) Reggae Chart (with Florentine by Libertalia holding the number one position) and then photos snapped in Sorrento and Newport Beach.

The fifth row starts with a shot taken at the Engstler Resort in Austria; followed by a photo snapped at the ruins in Olympia, Greece; a shot taken on the beach at Isle Saint Marie (Madagascar/Libertalia); a snap on the grounds of the Schonbrunn Palace in Vienna, Austria; and finishing up with a photo taken from atop the Guaita Tower in San Marino with a view all the way out to Rimini Beach, Italy and the Adriatic Sea.

Except for the Guitare Noire, Hutton Centre and New Orleans photos, all of the shots are relatively (within a few years or less) recent. The candid photos were all snapped by people who just happened to be there. The studio shots were all taken by Bob Hodson (https://studiohodson.com).

For more, please see: www.RandellYoung.com and/or my bio below:

Randell Young (born: 13 January 1955) is an American guitar player, vocalist, songwriter and record producer who is best known for fronting The Dominos Presents: The History of Eric Clapton, a two-hour plus live review of the best of Eric Clapton. Unquestionably, the best Eric Clapton tribute act in the world today, The Dominos bring a unique approach to the tribute band genre, i.e., "British Rocker Eric Clapton emulated American Rhythm and Blues to become the most commercially successful guitarist of all time. Comes now The Dominos, authentic American R&B players with their take on the music of Eric Clapton."

A former member of the house band for NBC's The David Allen Grier Show, Young has also served as music director for B. B. King's Hollywood Country All-Stars (house band for B. B. King's Legend in the Making Country Star Talent Search). His composition Don't Know How To Love You is featured on MP3.com's original Best of MP3 CD and in The Complete Idiot's Guide to MP3: Music on the Internet (illustrated text with CD published by Alpha Books). He has also written and produced original music for film and television including the soundtrack for Beverly Skyline Media's Zarbie and The Martians. As a solo artist he has opened for such luminaries as Larry Carlton, Etta James, Steve Lukather, The Fabulous Thunderbirds, Leon Russell, Canned Heat and John Mayall.

Randell Young was signed directly by Artie Mogull to produce 20/20: Bob Dylan Revisited, a tribute to the prolific songwriter set to feature guest vocal performances by 20 stars originally discovered by Mogull, the late former Chairman and CEO of United Artists renowned in the music industry for having signed Bob Dylan to his first publishing contract (while an executive at Warner Brothers) and for launching the careers of such artists as The Kingston Trio, The Band, The Beach Boys, The Electric Light Orchestra, Hootie and the Blowfish, Anne Murray, Laura Nyro, Richie Havens, Crystal Gayle, Olivia Newton-John, Helen Reddy, Gordon Lightfoot, John Denver, Kenny Rogers, Deep Purple, Lynyrd Skynyrd and the iconic folk trio Peter, Paul and Mary.

Though the original vision of 20/20: Bob Dylan Revisited was derailed by Mogull's unexpected passing, the mutual respect shared by Young and Mogull had developed into a such a sincere friendship that, rather than pocket the remaining budget, Young completed the project as an homage to the man that, in the history of the music business, ranks second only to Clive Davis in terms of discovering new talent. Needless to say, Mogull never got to review the finished product but he did hear and comment on the first five tunes: “The tracks sound terrific!” was the message Artie left on Randell's answering service. The Blues of Bobby Zimmerman (a collection of 11 Dylan tunes featuring Randell Young on guitar and vocals) and 20/20: Bob Dylan Revisited (the entire two-album project) are both in the can but remain unreleased.

Whether as a sideman, guest artist or featured performer, Randell Young emphasizes a groove-oriented presentation with due respect for the idiom yet still manages to bring something unique to the stage. As explained by Robert Kinsler, “Just as every great guitarist from Robert Johnson and B. B. King to Alvin Lee and Stevie Ray Vaughn has performed the blues with a distinctive style, so has Randell Young taken creative strides to cut his own turf.” Happening Magazine adds, “Randell Young's formula calls for a clean sound built on genuine Blues rhythms backed up with a heavy dose of Soul”. No less an authority on the Los Angeles music scene than the late Laura Mae Gross, former owner and proprietor of the city's oldest blues club, Babe's and Ricky's (established 1964), frequently boasted, “Randell is the best guitar player we got.”

Randell Young's most recent projects include writing, producing and recording a trilogy of concept albums (Deo Juvante, A Rising Tide and Soiree at the Café Liberte) for Libertalia, a nine-piece ensemble performing all original material which can best be described as modern American Rhythm and Blues with elements of Jazz, Rock, Reggae and WorldBeat thematically aligned with the values of freedom and free enterprise, tolerance and respect for the rights of others and the dream of the creation of a new and truly free libertarian microstate, La Republique de Libertalia.

Pre-Release (no CDs or videos) just free tracks available at SoundCloud, Libertalia has already attracted nearly a quarter of a million facebook fans.

I also have (and use in studio recordings) a Custom Fender Telecaster, a Les Paul, a Fender Jazz Bass and a 50+ year old Martin 0-18.