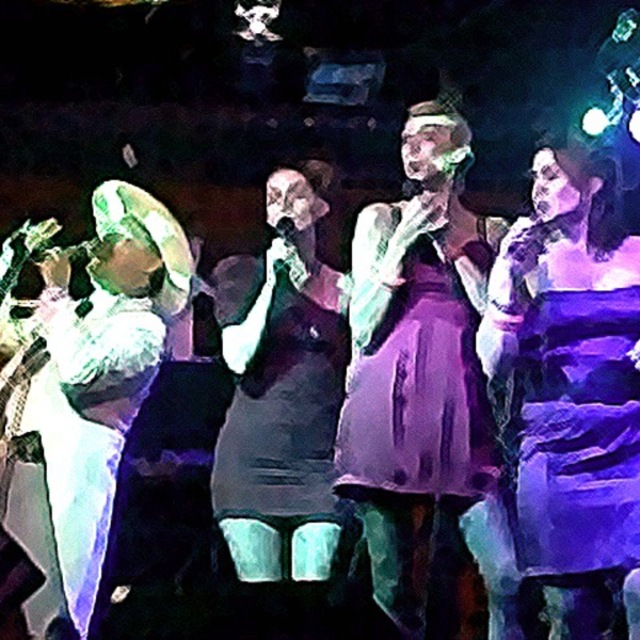 The Singing Cab Driver is a Chicago based performance artist. Original music in a variety of new wave/pop/rock cabaret styles.
Music for people who can still think and hear, or at least dance. Songs sound like movie soundtracks. Shows tend to be quite theatrical.

ALL ORIGINAL MUSIC, simply elegant to baroquely extravagant. Variety of styles ranging from 30's swing jazz and Broadway to 60's pop and 70's prog rock opera extravaganzas or 80's power pop, all of which could be compared to The Doors, Talking Heads, B-52's, They Might Be Giants, Magnetic Fields, Sterolab or Danny Elfman.

Fronted by Ray St. Ray, The Singing Cab Driver, the lineup has traditionally been keys, synth, drums, bass, guitar, and three female backup singers.
As of late 2015 a new version of the band is assembling to record a studio album and eventually perform. We have lead vocals, 2 female bu singers, bass and guitar and have already begun laying down tracks.
SEEKING drums, keys, synth and female singers for harmonies.