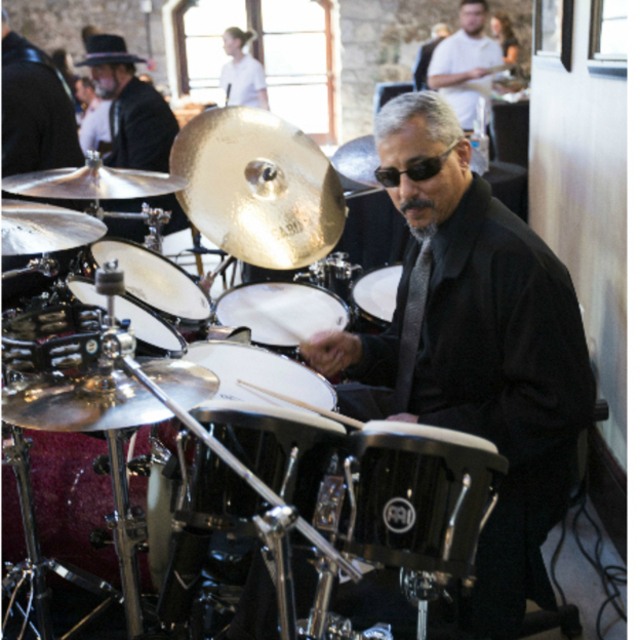 Experienced drummer and vocalist, covering many styles of music, including Classic Rock, R&B, Jazz, Funk, Blues, and Jam Band. Vocals include lead and background singing while manning the drum kit. My love for music and interest in playing began at a very early age, with musical influences from across the spectrum being played and enjoyed in my household. Growing up in Los Angeles in the 60's and early 70's, we were able to tap into a variety of music on local FM and AM stations that ran the gamut, all genres. Everything was available and we listened to it all. I also had many musicians in the family...my dad played piano and sang, I had uncles that had cool bands playing the R&B and Soul and Rock hits of the day, and it seemed I was always around music. I was literally that child at 3, pulling the pots from the lower cupboards and using wooden cooking spoons (wood like drum sticks), to beat on the pots and pans. Drove my mother crazy! They bought me drums and lessons at age 4, and I was put on the road to many happy years of drumming.

My parents were originally from New Orleans, and move the family back there in 1977 and my musical mind was blown by the culture shift and musical landscape that enveloped New Orleans. I dove in head first and never looked back, taking in all I could learn about drumming and music, and singing, and soaking it all up and spending countless hours practicing, playing, because the competition was so fierce. From that upbringing I've been playing one way or another ever since, working full time most of my adult life, to support my family, but always spending as much time as possible in music.

I just finished an 8 year stint with the Rock n' Roll Jones band playing a mix of Classic Rock, Blues, R&B, Funk, covers and originals, singing lots of lead and backing vocals. My primary desire is to find a good keyboard player to round out a Jazz Fusion project I'm involved with that is coming together now. With this group I'd like to do covers as well as create original songs to play out and record. That said, I am always open to exploring what others have going on, that I might like to be part of.

I'm easy going, love people, and my aim is to play for the music - first and foremost - and make it groove. No matter the tempo or song, I want to make people move to the groove!

My musical influences cover a range of artist, eras, and genres, from Rock n Roll, to R&B/Soul, Jazz, Funk, Classic Rock, Reggae, Hip Hop, Country & Western, and others. I love all music and have listened to and played many styles over the years. These days I'm mostly focused on Jazz Fusion, R&B, and Classic Rock in that order. I've enjoy covering popular music in all genres and have spent lots of time on original music creation as well. I love it all!