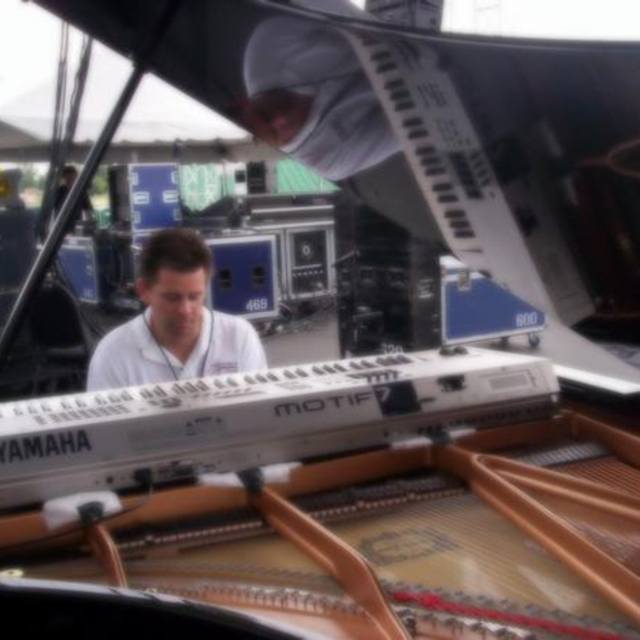 I seek only working bands,
Love to be the fill in "Musical prostitute"
I would commit to the right band provided the compensation and quality are Appropriate.
I'm seeking primarily Keyboard / Synth gigs.
(B3, Piano, Rhodes,Horns, speciallty samples

I am also a decent bassist , proficient as a Rhythm guitarist (sorry no Lead.)
Meat and potatoes on drums (w/ tempo issues)

I currently live on the space coast of Florida .
I have a degree in music, and strong vocal Abilities.
(Think high clean & pretty - harmony voice.) I am a former Piano tuner, I have perfect pitch.

I loath bands with: Sour harmony's , excessive stage volume, and the "dynamically challenged".

I cut & pasted The following Bio from am old Agent,
(so please ignore the "Pimp-A-riffic" sales pitch flavor, but it's a decent summary."

All influences , Lately I tend to appreciate the less
"radio friendly " artists . I listen to everything.
For better or worse , i can tell the pitch of a buzzing florescent light.

Would LOVE to Join a really Great FUNK band.
( I also play a little sax)
But am open to most Genre
I'm not a huge fan of older" twangy" Country
But I am open to discuss any quality projects
My job is to be an " frosting" instrument
I am there to complement and make the singer look good.
I've done alot of work for newer Country artist .
I can step into any classic rock, country, blues or funk project.

Dedicated Truck for all equipment