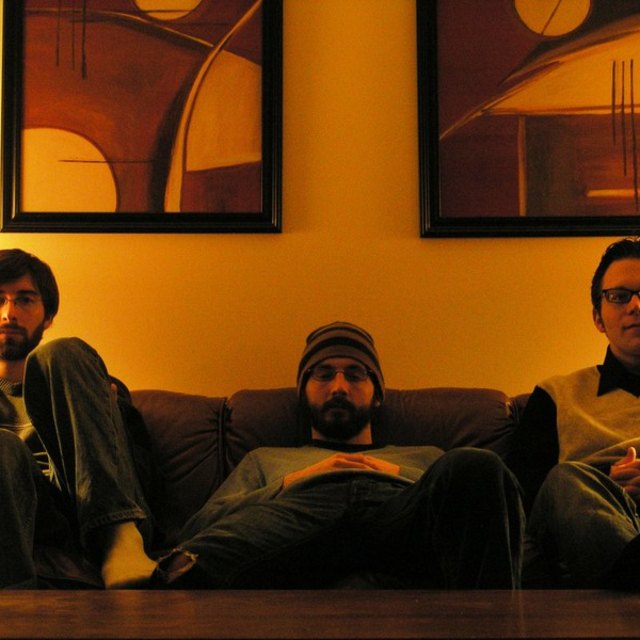 Constantly driving and rhythmically invigorating, this is music that sounds like you've heard it inside your own head without ever having listened to a single second of it before. This distinctive quality rings throughout Return of Simple's new EP Saffron. The nine track disc, just out this fall, features a selection of original songs that highlights the full range and enthusiastic honesty of their music. With the release of Saffron, Return of Simple has been performing more frequently than ever, playing not only at venues in the greater Cleveland area, but also in cities throughout the region.

The characteristic sound of the music of Return of Simple began as the brainchild of pianist and composer Rob Kovacs. Writing songs since before he was in high school, Rob understood he needed a fuller and more dynamic sound if his music was to get beyond his own living room. During his time at the Baldwin-Wallace College Conservatory of Music, Rob recruited drummer Joe Scale and bassist Tim Fisher to join him in making the idea of his piano-based trio a reality. The fledgling group started to strike into its signature sound, performing on a limited basis in the Cleveland area. Two years later, with the departure of Tim Fisher, Gary Thobaben stepped in to assume the bass mantle, rounding out the current and final three-man lineup for Return of Simple.

Listening to a Return of Simple song is a bit like looking at a section of a road map for the twenty-something mind. As always, there is a lot of talk of love, in its infancy and on its way out; paradises found and lost; the sadness and anxiety of change; the exhilaration of new things. But this is not the same old story; here, there is no cynical cleverness, no melodramatic whining, no immaturity. Rather, each song possesses a plain sense of honesty, a forthrightness all its own, like the awkward confessions of a love letter never sent. There is a kind of sincerity and beauty about every pain and joy, a small, almost imperceptible catharsis from beginning to end. And yet even as the lyrics belie a certain melancholy pensiveness, the music itself is full of passion, a fitting contrast of drive and flourish to the atmospheric poetry of the words.

If the analogy of the road map continues to be true, Return of Simple is not just tracing its finger over each red and blue highway of the emotional journey of their lyrics. Their music is music of response, provocative as much as it is evocative. The listener doesn't just lie in bed waiting for something to happen; the sound, even at its most contemplative moments, is infectious, urging us to grab the keys and hop in the car, ready to go. It drives; it drives toward not just anywhere, but somewhere, and something. It is as much physical as mental, its energy as much kinetic as it is charged with potential. Simply put, more than anything, in all of its sophistication, it grooves, and as listeners, we find ourselves tapping our toes and bobbing our heads along with it. We want to dance because the music itself dances through every fiber and inch of the body. It stirs us, teases us, compels us to act, to get up and be a part of its rhythms. It makes us think-but first, it moves.

This is essentially the trademark of Return of Simple. Constantly innovative, but grounded in the soul of what makes music worth listening to, they are always expanding the horizons of their art, both for themselves and their audience. Their sound is rich in influences but highly unique; their songs are catchy without ever delving into the realm of repetitive fluff. Every cadence, every gesture, and every minute of every song seems keenly wrought, yet perfectly natural, comfortable and familiar. And still, audiences can always expect to see and hear the flawless results of fine artistry, nestled in the simplicity of three guys just doing what they do best.

Screen name:
Return of Simple
Member since:
Mar 15 2005
Active over 1 month ago
Level of commitment:
Touring
Years together:
9
Gigs played:
Over 100
Tend to practice:
1 time per week
Age:
40 years

piano, bass, drums, guitar, rhodes, and whatever else suits the song.

All shows posted at www.returnofsimple.com