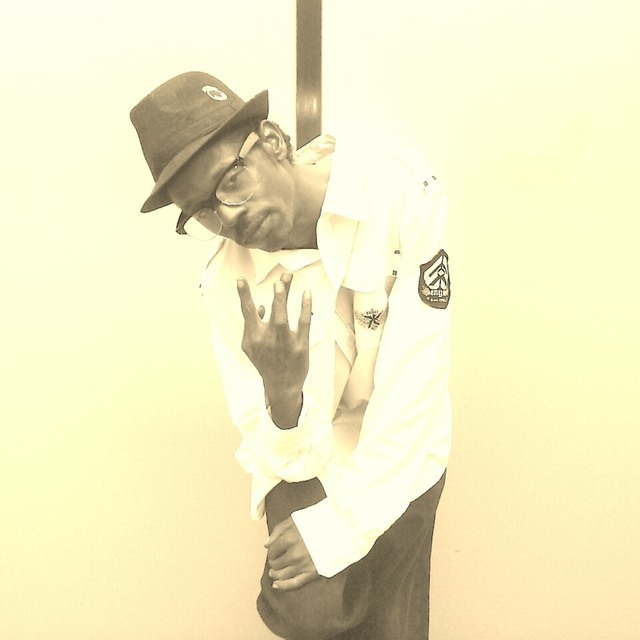 I am that savage beast that music calms. From as early as I can remember, sound has resonated with me on a cellular level. The timbre of bass in my man’s voice when he speaks can raise goosebumps on my neck. The percussive patter of raindrops creates dance . The ecstatic squeal of a giggling child can lure me into giggles of my own. Music transports me to a place where all is right with my spirit. By its variety of genres, there is something for every situation.

In July of 2014 I was visiting the Main Library in Oakland when I met a writer who wanted to collaborate on a screenplay about music. At the end of the meeting, he shared some poetry with me. I was impressed and asked for more. He then shared some of the raps he had written, which knocked me off my feet. My enthusiasm and suggestions led to me becoming his manager. What started as an opportunity to write for a screenplay led to me recording music in the studio for multiple projects! Magical…

To understand how significant this moment was, you’d have to know about the many times I’ve worked on music and creative projects only to have them come to naught. I had developed a small fan base around the country from performing spoken word in clubs. I went from flowing over popular instrumentals to fronting live bands! I had studio sessions where we made great tracks. Some of these lyrics wound up in the hands of Grammy-Award winning artists, who profited on the lack of copyright on my part. You read that correctly. My lyrics have made others rich. As the young folks say, “I charge it to the game”. That means live and learn, basically.

Entering the studio with my artist, Joe-G was a dream come true. My son Jay Jay of Jayphace Records had been my previous producer. Our chemistry creatively was great. But the sensual and outright raunchy lyrics on some of my tracks made production a bit uncomfortable for him. Joe-G had no such limitations on our work. The result has been 4 mix tape albums in a year. More than 60 songs, numerous shows, 10 duets, video and comedy projects under our belts. Magical…

In February, Joe-G and I had a session during which he recorded one of his many stunning R&B tracks entitled “Betcha Didn’t Know”. The song is about a man confessing his love to the woman in his life. Turns out, it was a true confession from Joe-G to Rhymistress!! In April he proposed. We were married in November. Need I say it? Music is magic. Through music I have rediscovered my muse, created compelling and controversial content, and found the love of my life.