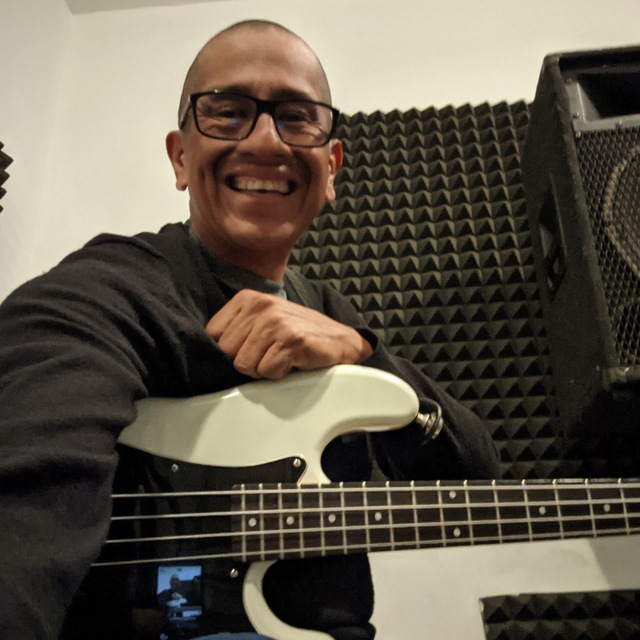 I play rhythm guitar, bass guitar and sing. I am open to play with other musicians who are positive and passionate about their music. I have a pro-active, professional and upbeat personality. I'm usually the first one to a gig and the last one to leave. Over the years I have played classic rock, blues & Indie rock with some really cool bands. I am available to sit in on a temp/emergency basis for either bass or rhythm guitar. I am also open for something more consistent & formal as respects to a band setting. I have my own rehearsal space 5 miles east of Downtown LA. Over the years I have had the good fortune to be able to play in some great bands in some of LA's best local venues such as Viper Room, Roxy, HOB (Hollywood), The Good Hurt, Molly Malones & The Mint to name of few. Have also played small to large size motorcycle festivals/carnivals and car shows in CA & NV. (Vegas)