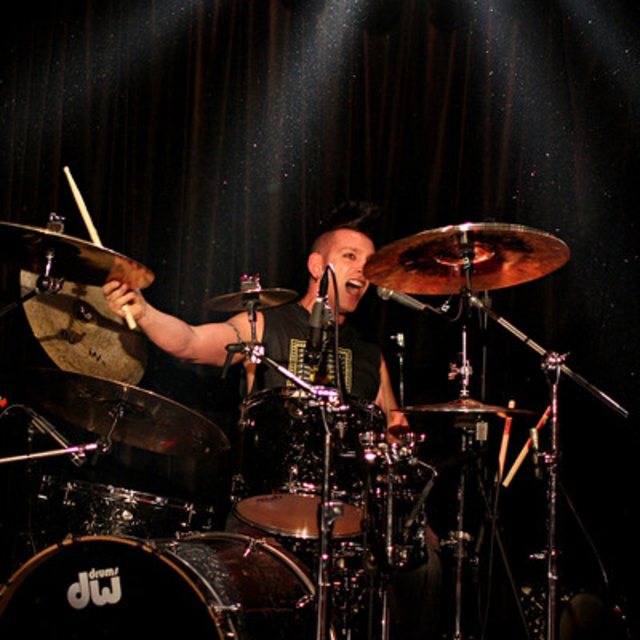 I am a professional, versatile drummer. I have a HUGE range of influences of which many are rooted in Rock. I have been playing drums for over 20 years. I studied many styles from jazz to fusion, rock to classical, marching drum n bugle corps to metal, afro-latino to punk, and I can play double kick when appropriate.... I love great rhythms and music that people can really throw their fists up and sing along to. I recently left a project that was stagnating and I am looking for success. I am a believer in positive action and live my life in a way that lends to being successful. My goals include joining a successful band that has a vision and future of large scale with dreams of breaching new creative boundaries.

I am also a great, versatile vocalist as well..., and have been lead vocalist in multiple bands. I play drums and sing as well, esp backing vocals... I love to get that sweet harmony.

I like to be the best I can be in the band I am in, whether that means to play a little more, a little less.. whatever a song calls for. I can play to a click if need be, and also have a some sampling/trigger equipment. I have my own pro-gear and an diligent about the upkeep of it and how it sounds.

I am a very over-the-top drummer in the sense of showmanship. I really love to inter-act with the crowd and other band members. I approach a band as not only a band playing their songs on-stage.. I think of it as a performance.. I know when I go to a show I love to be entertained.. so I put every effort to entertain the crowd.