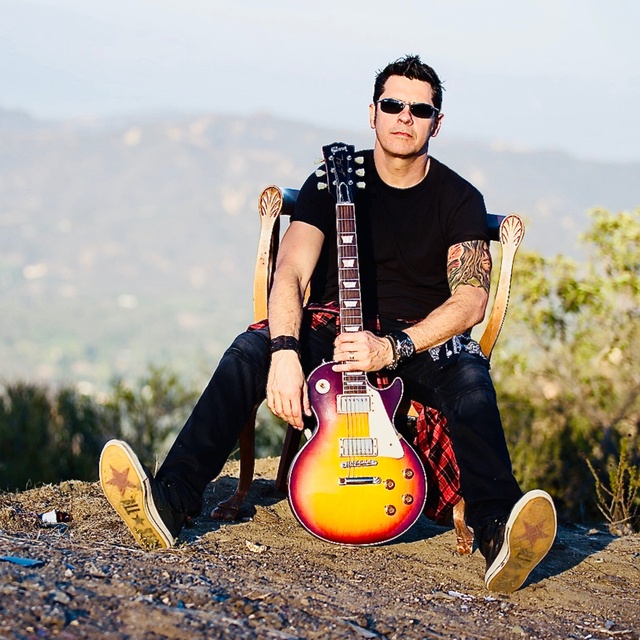 I am a dynamic, versatile lead guitarist and Los Angeles native who has played professionally and semi-professionally with a number of local original hard rock bands and tributes over the years. I'm firmly rooted in a blues foundation, and my style is heavily influenced by the early rock heroes of the late 60's and 70's, the classic metal from the 80's, and a potent dose of the 90's grunge era.

I'm open to joining original hard rock and metal bands or tributes out there that are serious about quality playing and performance.

Most recently, I have been the lead guitar player for the grunge-era tribute band, X Nation (xnationband), which I co-founded in 2011. While I'm capable of delivering the goods from a wide variety of 90's bands, my playing style is particularly suited to channelling Jerry Cantrell (Alice In Chains) or Mike McCready (Pearl Jam).

I've also had the opportunity recently to master and gig a full Iron Maiden set with Ed Force One. Taking on Adrian Smith's guitar parts note-for-note, I realized that first learning these songs as a teenager heavily influence my overall playing style later in life.

In 2013, I joined Dead End Sky, an original hard rock band founded by Kyle Zemanek (Deadsett, Devolved, Five Finger Death Punch). Kyle originally tapped me for a studio gig to write and record all the guitar solos for the first album, and I later joined full-time. The band received attention and radio play for the first single "Always" and later for its follow up "When You Fall.” With the release of the first single, we were invited to perform live on the Las Vegas morning show “Morning Blend.” In 2015 we recorded our second album with Josh Newell (Linkin Park, In This Moment). We completed and released the first single (The Last Days of Summer) in 2016. Unfortunately, Kyle suffered a medical condition with his vocal chords that permanently ended his singing career. Nevertheless, we’re currently finalizing the mixing and mastering, and we expect to release that album in the next several months as our “swan song.”

I was the original lead guitar player for this incredible power pop band led by Big Stir Records recording artist, Leslie Periera. In 2014, we temporarily reunited and played a series of gigs for dedicated fans for the bulk of that year.

This metal band married the heavy riffing of bands like Tool and Soundgarden with the vocal stylings of Rage Against the Machine to create quite a buzz in L.A.’s heavy alternative scene during the mid-to-late 90’s. An opening slot with Motorhead and some terrestrial radio airplay earned the band a deal with an independent metal label.

Screen name:
Rich A
Member since:
Jul 30 2019
Active over 1 month ago
Level of commitment:
Very Committed
Years playing music:
25
Gigs played:
Over 100
Tend to practice:
More than 3 times per week
Most available:
Nights