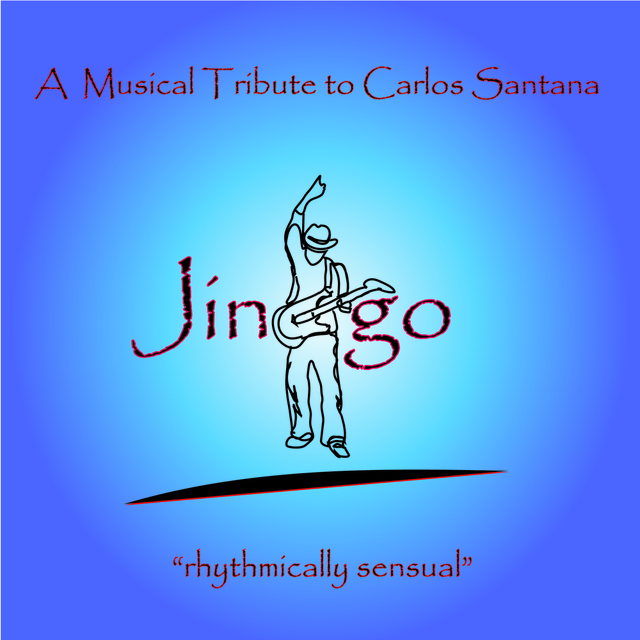 Jingo was formed in the winter of 2016. After finding the right blend of personalities that was needed from everyone who was to become involved. It came down to 6 very talented musicians from all over the world.
These are the sounds of Jingo and its personnel…

Rich Mertrud – B3, Piano, Keys, vocalist, musical director; performed his first solo piano concert at age 9, on Steel Pier, Atlantic City. Was in a singing and dance team “Up Up With People” in his teen age years. Rich formed his first rock band right out of high school, playing the NY, NJ club circuit with his rock band “Cross Roads”. Recording and debuted his first original act “Prime Example” in 1992. In 2010-14 he becoming a member of “Abrazos” a Santana tribute band based in NY City. After the deformation of Abrazos, Rich brought the band to NJ with a new name and some new members to continue the tradition here in the tri states and the east coast.

Les Piela - bass player, vocalist, band manager; Les started playing guitar at a very young age but switched to bass in 1978. He played in a number of professional and local bands, most notably “The Good Times Band” and “The Jades”, performing in both private and bar/club venues throughout the tri-state area. He performed at the Beacon Theatre, NYC where he backed the Crystals, Darlene Love and the Ronnettes. He has opened for national acts such as Peter Tork (formally of the Monkees), Robert Klein and performed at Meadowlands Arena (formerly Continental Airlines Arena and IZOD Center).

Tschaka Tonge - Timbales, Bongos, Conga, percussion’s, vocalist; Tschaka is a veteran singer/song writer, percussionist which is fluent in African, Afro Caribbean and African American musical traditions. To his credit, are two record single releases, “Life is a Festival” in 1980 and “Kwanzaa Oh Kwanzaa” in 2009. Tschaka has played or recorded with such luminaries as Chaka Khan, Rita Marley, Third World and Paul Shaffer to name a few. Music remains his passion and he is extremely happy to be a member of Jingo.

Jorge Soldevila - Drums, percussion’s, vocalist; Jorge was influenced as a young boy by his father who performed drums for the police academy. Jorge is a veteran to the NJ music scene, performing with numerous classic rock bands and with the Music Ministry for 3 years. Jorge is the heartbeat that is Jingo.

Anibal Fuentes; Congas, Percussion’s, vocals. Anibal started playing at eight years young with his father, a trumpet player with the U S army band. Having played with a number of groups in the Eastern New Jersey area. From Latin jazz to Salsa, Afro-Cuban rhythms to Funk. Anibal sets the extreme standard when it comes to playing congas!