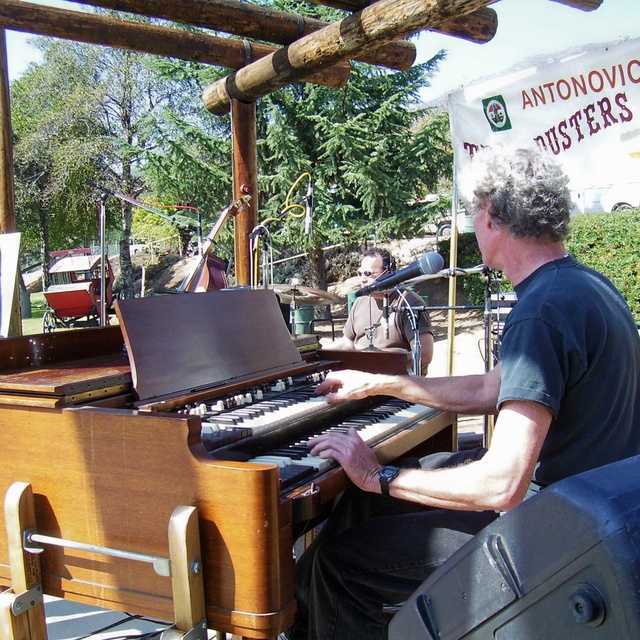 Hello, This is Richard Young. Bandleader, keyboard player and vocalist with The Route 66 Band.
We are looking for a permanent Lead Guitarist, and a Drummer.
The Route 66 band does a mix of Classic Rock, Top 40 from the 70’s through current, Some Country Rock, and a bit of the better Funk and Disco.
Currently we have one female back up singer, a female lead singer, bass player, a rhythm guitarist, and me on Hammond organ, other keys and vocals. Pretty much we all sing a little.
Our current 2019 song list can be found on the band web site at .route-66-band Along with the original 2009 Song list; some are still popular today. Also on the web site is the 14 song list for Audition. This is outdated and the current "Homework" I will email prospective musicians.
Regular full band rehearsals and auditions are Thursdays from 7:30 PM to 10:30 PM.
The Route 66 band rehearses, and will record, at Lemon Studio Monrovia, where the band is based. I own Lemon Studio Monrovia. Lemon Studio Monrovia has a complete Back Line. The studio web site is .lemon-studio-monrovia
Your personality and “Fit” is more important than your musical ability. We are a Dance Band with a team of personalities that work well together. You will need to fit in musically, and personality.
The route 66 Band is reforming after a five year hiatus. If you’re looking for a band that’s ready to play out, that isn’t us. It will take us two to three months worth of rehearsals to get to that point where we can play out. Our goal is to be able to play out at least twice a month.
If you are currently in two or more bands, Route 66 is NOT for you. We are NOT looking for a “Hired Gun.”
If you want to reach me directly, my band email is theroute66band My cell number is 626-614-7974.
Thanks so much for your time.
Richard L. Young

One female backing/harmony singer; who does lead vocal on a few songs, Bass Player, Rhythm Guitarist, Lead Guitarist. Drummer, and me on Hammond organ, other keys, and vocals

We rehearse and record at Lemon Studio Monrovia. Back Line is provided. The studio web site is
www.lemon-studio-monrovia.com
We have several PA systems from a two way 3,000 watt club system to a 14,000 watt system that will easily handle a "Concert In The Park."