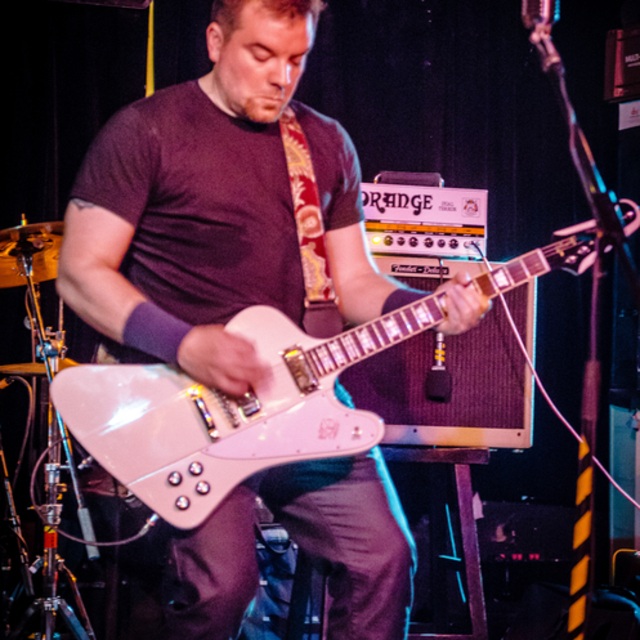 I'm the singer of the Miami rock band Ovrhol. We just finished our CD. it has been released on Itunes, Google Play, Amazon, Spotify, and Rdo

I play Orange Amps. I own a Les Paul, Firebird, Stratocaster, and Taylor Acoustic. I'm Also getting some guitars custom made by SDR Guitars.