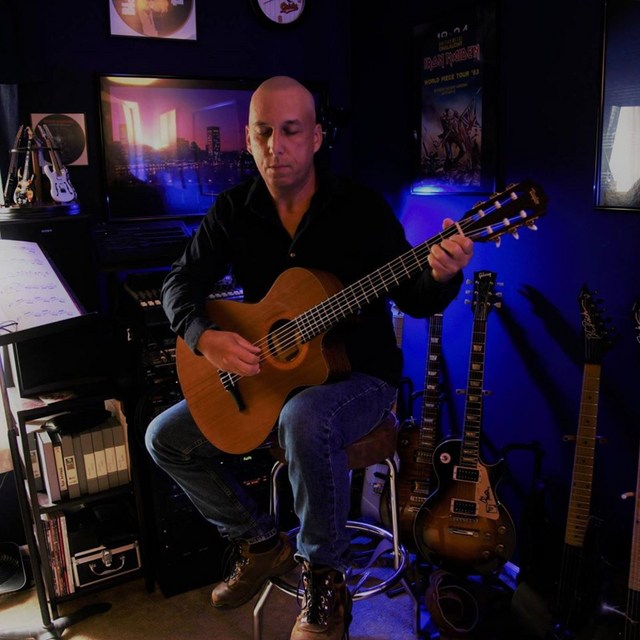 My newly forming band in Southern Maryland is looking for a drummer and bassist.. hit me up if you're interested

I'm a classically trained guitarist. Former guitar teacher at Hot Licks guitar shop. Former lead guitarist for Dangerville and Kage.. To be honest, I'd rather play classical guitar than electric guitar.. but if the right project comes along, I'd be willing to give it another go. I have all of this great stage gear and nowhere to play.

My last few bands were going along great until we were ready to start playing shows, that's usually when the lead singer decides he is in charge and starts bossing everyone around and ruins the band and then it all breaks up. .. it would be great if that could stop happening.

even if you don't wanna jam.. musician friends are cool..