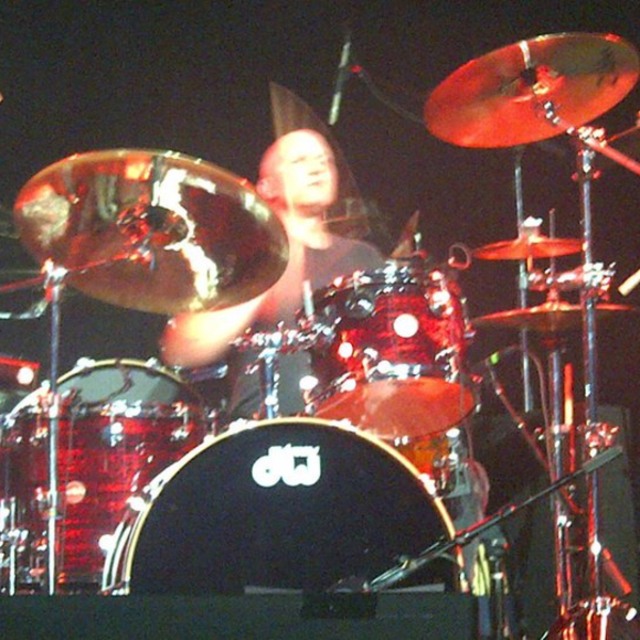 I have been playing since about 8 y.o., School bands etc. Started playing in "gigging" bands since early teens. In the 70's, it was all Heavy/Prog Rock .In '79 to '84 it was Power Pop & New Wave music. A BIG change for me, I learned the importance of restraint & "minimal" playing, Popcraft, and "playing to the song". Late 80's I was educated in the Blues, have loved it ever since! Our Blues band played together, off & on, from '89 till last year..Lots of fun gigs and met lots of great musicians. Also from about '93 to '97, played in a couple of "Alternative Rock" bands. Since about '99 on, it been all Blues & Country, although I AM currently in a "semi-active" Black Sabbath Cover Band...

I have a beautiful vintage set of Ludwigs, 4 piece kit, gold sparkle, that I use mostly for Blues situations. I have a 6 piece Tama StarClassic Maple kit that I use in any "Classic Rock/Country/Prog/Jazzy situations. Also I have an awesome DW kit that I use for any Hard Rock/Hard Blues/Heavy Metal situation.