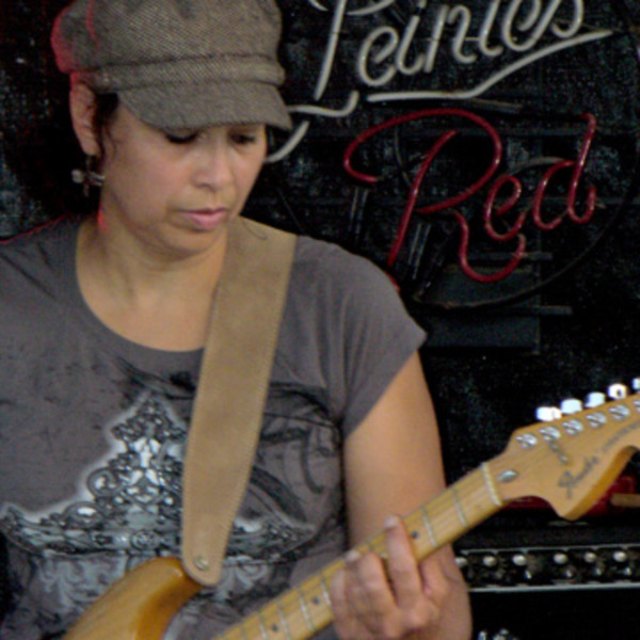 Rita grew up on Willy Street on the east side of Madison, Wisconsin during the turbulent 60's just a few blocks down from the State's Capital. Growing up in a racially mixed neighborhood where the kids had dance parties on the sidewalks, she listened to Elvis Presley, The Supremes, Aretha Franklin and James Brown. In the late 60's the neighborhood began to change. Many of the hippie bands that moved to the neighborhood influenced her music at the time. Living in a conservative home she would sneak home Joplin, The Doors, Kinks, and Hendrix albums from the library.

She crossed over from folk to rock toward her junior and senior years in high school. Out on her own, as a guitarist and backup singer she was able to hit the road and began recording at OM Studio in Boscobel. Later she joined Flash And The Easy Action Band playing 50/60's Rock, Rhythm & Blues all around Wisconsin, Iowa and Illinois. Later she went on to sing lead vocals and play rhythm guitar for Toxic Shock, Band of Gold and Rita And The Reptiles.

She won airplay in 1979 on WIBA for the origanal compulation "Ride, Ride". In 1990 the Reptiles made Critics Choice in the Isthmus Newspaper for Best New Years Eve Act.

Mostly classic and hard rock with a mix of rhythm and blues. Some of her bands influences: Led Zepplin, REO Speedwagon, Foghat, Rolling Stones, Smithereens, Fastball, Heart, The Pretenders, Garbage...

All gear needed to gig and record.

Out door Rock concert featuring my and many other bands, jammers and local talent.

My band Rita & The Reptiles will be playing this benefit for the families of the ones lost in the Silver Dollar Saloon Fire.

Jam with my buddy Lisa Roscoe and Crew.