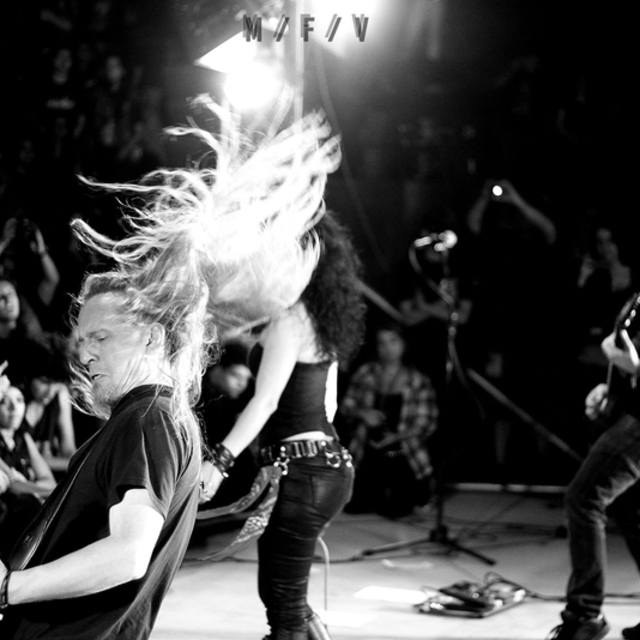 My interests are generally on the heavier side of the fence. I like very tight, yet spicy drumming. I like playing with bass players that know when to grab a pick and pedal a tune, or go for the dynamics and subtleties of using their fingers. I like working with other guitar players that know how to actually dig into the strings and really crunch and play super tight yet, aren't afraid to experiment with atmospheric layers and play things that are off the common metal radar. I play metal because it gives me the freedom to explore, and because I adore it. It really is that simple.

Everything from Pink Floyd and Mark Knopfler, to Godflesh to Napalm Death, to Fear Factory and Meshuggah. Not to mention I definitely have a thing for the first two Concrete Blonde albums. No, I DON'T do 'mall metal'.

ESP Guitars, Baritone 7 string, Gibson Les Paul's, Strats, Dobro, and whatever else I need. Amp-wise, I've recently moved on from the usual Marshall/Mesa/ stuff and gotten deep into the Fractal Audio AXE FX. I do lots of writing at home using Cubase along with some great tools such as Superior Drummer, Steven Slate Drums, and other handy writing tools.